Unfortunately, schools in Olympia, Washington have been nonchalant about their ties to Planned Parenthood.  While parents in other areas of the country are aghast with the thought of PP in local schools, families in Thurston County appear to accept them as the know-it-alls about everything.

According to a newsletter written in 2011, Lincoln has been hosting these parent nights for awhile (and Planned Parenthood has been collecting additional income in the process to use to further confuse the kids):

Is this why an unfamiliar man was seen during school hours in Lincoln Elementary last week wearing a pink Planned Parenthood sweatshirt?  He was in an elementary school classroom talking to the students, according to a witness. Exactly how much access does Planned Parenthood have to Olympia’s kids?  Who was this individual and who gave him permission to talk to taxpayers’ children?

Planned Parenthood of the Great Northwest and Hawaiian Islands is a well-oiled machine because it is well-funded. But also, the organization has not been questioned. (Click for Update.)  For those of you who think PP is just about “medically accurate” sex ed, read this.  Pay special attention to the non-science agenda: 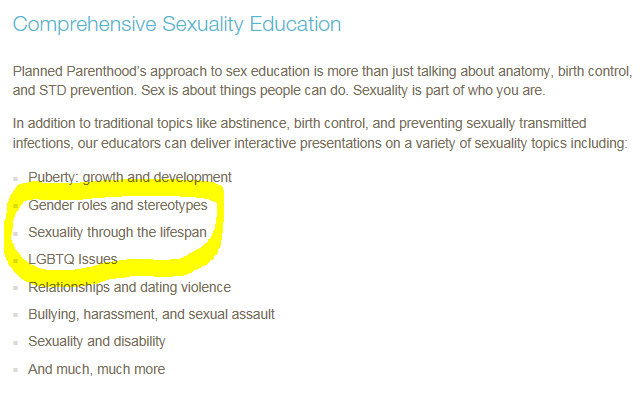 Lincoln is a K-5 school.  Its duty is to teach children to read, write, do math, learn correct history and science, and behave in a group situation.  What child gets up in the morning and exclaims “Sexuality is what I am, please teach me!”  Our kids are not sexual objects.  Isn’t it strange all Planned Parenthood sees in people is sex, they don’t look at the whole person?  And since all PP sees is sex, what exactly was the man in the pink Planned Parenthood shirt talking to the students about?

Olympia, Not Just the Capital of Washington
Parent is Kicked out of Child’s School by Planned Parenthood and Company