The money trail has to start somewhere, and in this case to nobody’s surprise the money to sexualize the children in Arizona’s largest county is coming from the United States federal government.  As long as the federal government keeps dangling the money carrot, governments of all levels, not just schools, will grab and spend it.  We are told it’s “free” money.  The lower level government officials forget that we know these grants are provided by our taxes.  And the biggest cost isn’t the actual greenbacks, but the harm to children and families that is done by some of these grants.

According to the Office of Adolescent Health (what ever happened to our neighborhood pediatrician), $749,000 was recently awarded to Maricopa County, home of Phoenix and its surrounding communities, to “reduce teen pregnancy.” 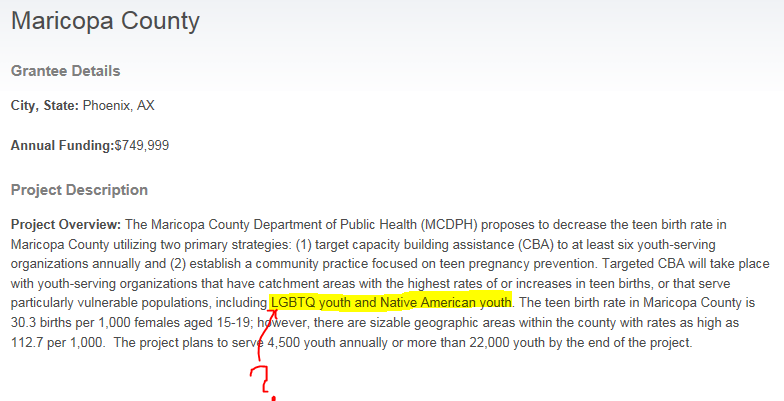 Based on medically accurate information, two lesbians or gays cannot impregnate each other.  So why would this population be “particularly vulnerable” to pregnancy?  Also, why target Native Americans?  Does it have anything to do with Margaret Sanger’s disdain for those with color?  Regarding the government’s statistics on teenage births, note they did not mention who they sampled.  Were any of those teens ages 18 or 19 married and maybe wanting a baby?

At the bottom of the OAH’s Maricopa grant page is the contact information for Maricopa County, and an employee named Tracy Pedrotti is the email contact.   We respect she is just doing her job for the county.  However, the connections to the sex ed business are loud and clear.  According to LinkedIn, Ms. Pedrotti is a health educator.  Uh, oh.

In just a couple weeks, the National Sex Ed Conference will take place in Atlantic City.  Whoo-hoo!  As usual, when the rest of us are planning for Christmas and Hanukkah, decorating, and seeing family, Planned Parenthood squeezes this conference in while nobody will notice or care.

Maricopa County should be proud they will be represented by one of their own, Ms. Tracy Pedrotti, at this conference.  Evidently the “free” tax money will pay for her travels across the country so she can hob-nob with the best in sex and bring that information back to Arizona so our girls will be sexually available for guys. 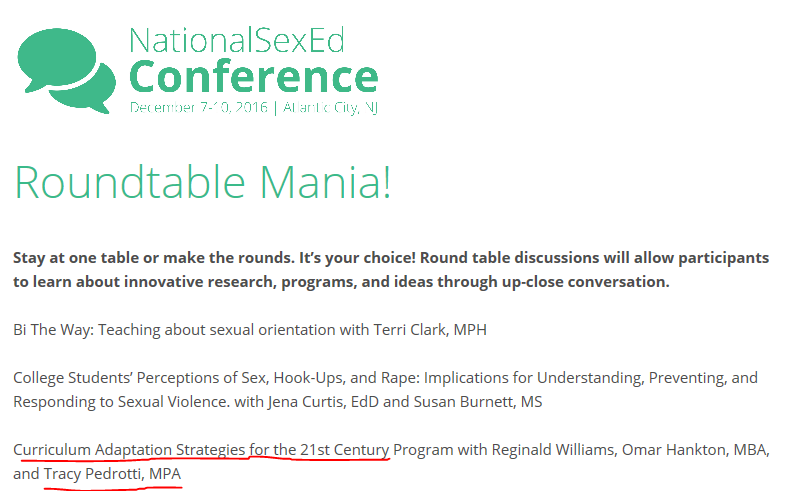 Somebody had to approve the acceptance of this grant money.  Maricopa County is governed by a Board of Supervisors, comprised of one elected representative from five different areas of the county.  This level of government is huge; some areas Maricopa County governs are the community colleges, courts, jails, air quality, and animal control among many others.  Another large responsibility is the Maricopa County Board of Health.  The county website lists the duties of the Board of Health in relation to the county’s governing Board of Supervisors. 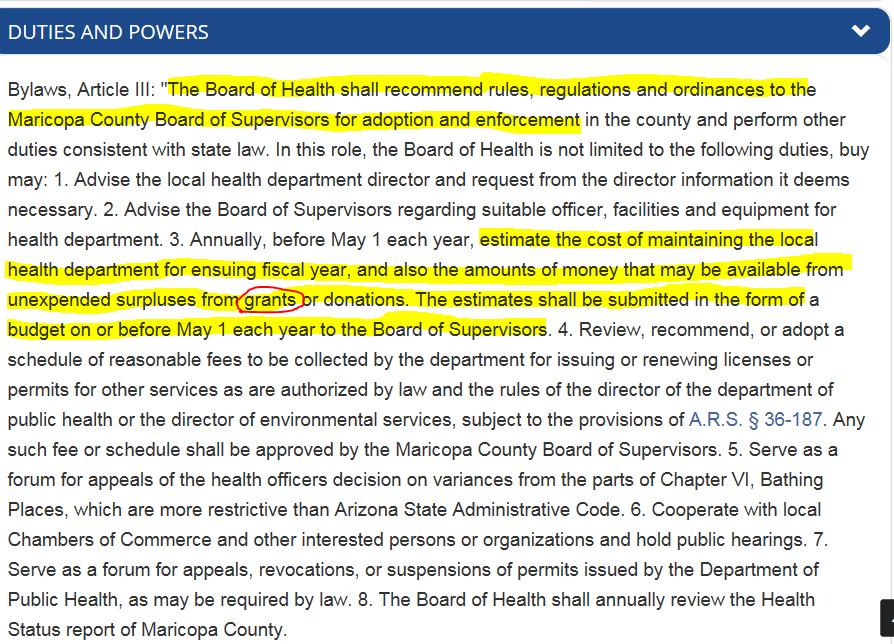 Who comprises the Maricopa County Board of Supervisors? 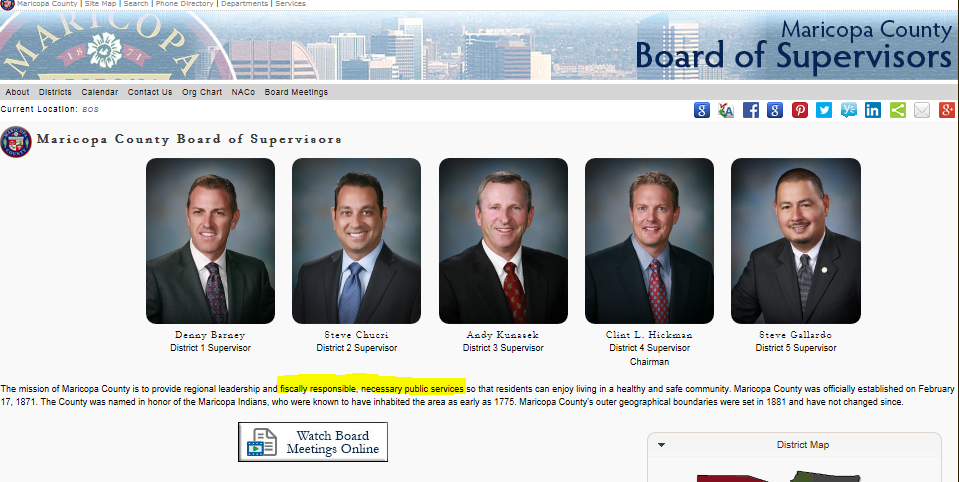 Because we just had an election November 8th, we won’t see much of these individuals until their terms are up in four years and they want to run again.  It’s time they started answering to Maricopa County residents throughout their terms.  If any readers are active in politics, you may see them at County or State Party organizational meetings.  Ask them about this grant and the agenda that is intended.  Ask them if they understand what Comprehensive Sex Ed is and if they know Planned Parenthood is behind this.

Better yet, give their offices a call or email.  Just click here, then click on each picture and have at it.