Many families move to Arizona for fewer taxes, smaller government, and common sense family values.  While escaping non-affordable housing elsewhere in the country, they can enjoy the weather (most of the time) and wise decision-making by their elected officials.  Sometimes.

We have discussed the Maricopa County Board of Supervisors, the 5-member elected panel who represents the interests of the county’s taxpayers in the Phoenix area, and the panel’s approval of Planned Parenthood programs in the budget.  The members have been contacted, but there has been almost no response to these concerns.  Meanwhile, they keep collecting salaries paid for by us. 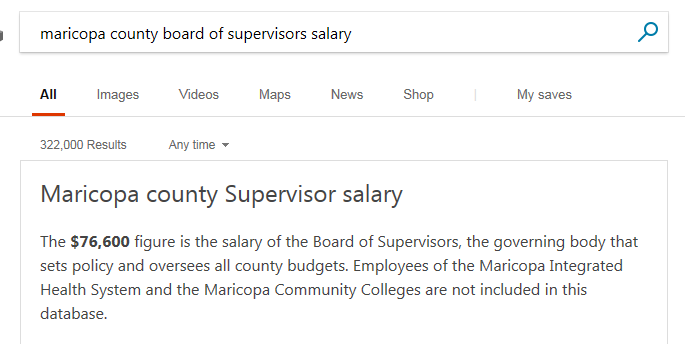 It turns out the Paradise Valley Unified School District is using some questionable links from Maricopa County emails to share with each other and possibly their students.

Here is an email from a district employee referring to the Teen Resource Guide.  The guide sounds safe but within it there are several references to Teen Outreach Program and, of course, Planned Parenthood. 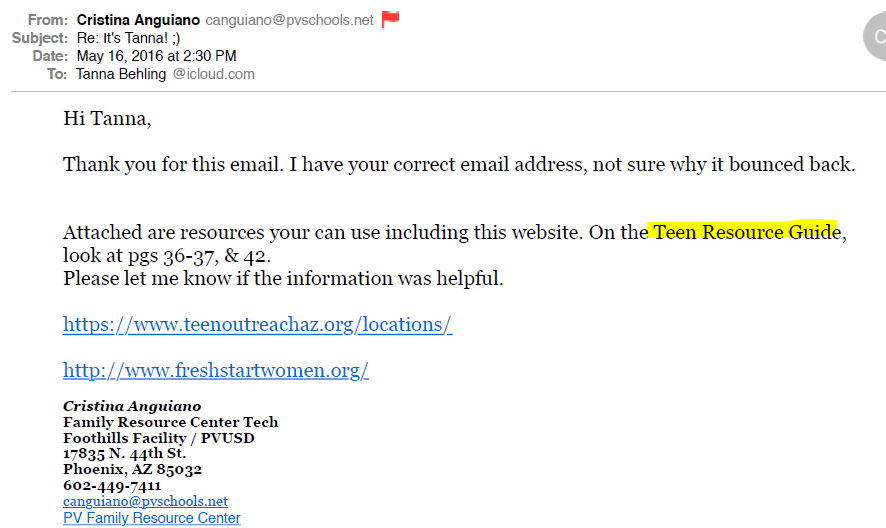 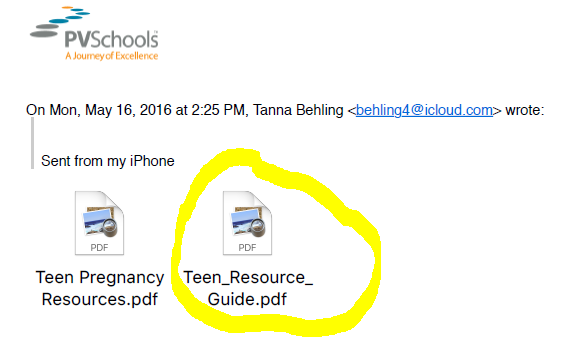 A staff member at Dysart Schools on the other side of Phoenix felt it necessary to send the guide to Paradise Valley: 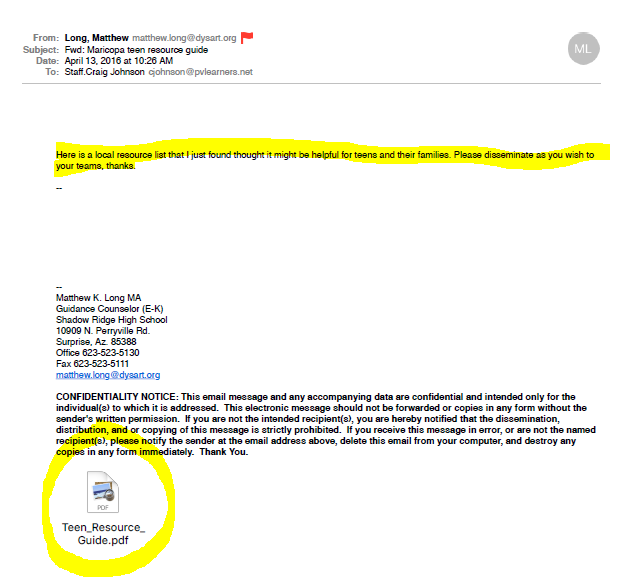 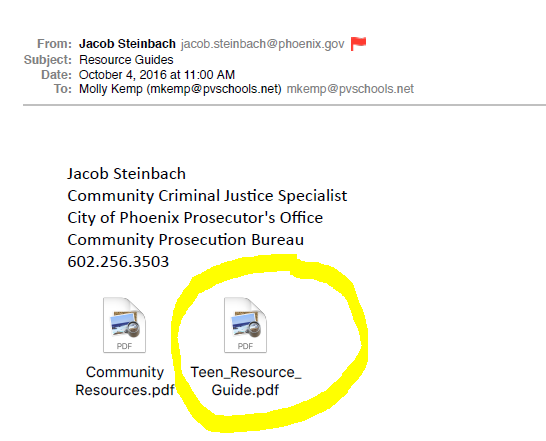 Even Phoenix government got in on the act.  How many hands has this Maricopa County resource guide ended up in? 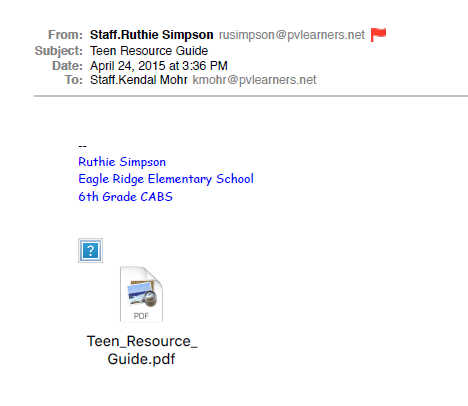 What is concerning are the references to Planned Parenthood within the Teen Resource Guide: 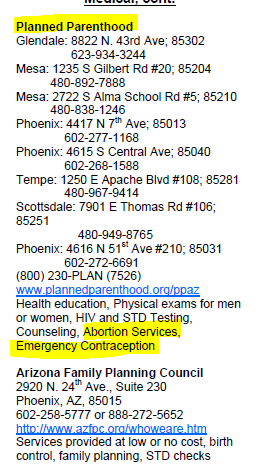 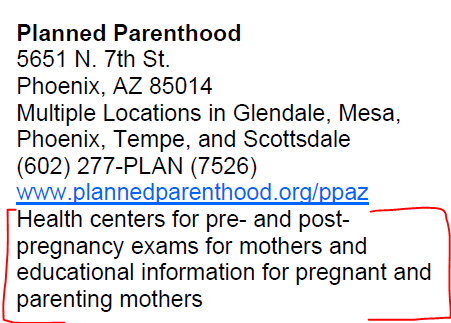 Remember when Planned Parenthood admitted on tape they don’t offer prenatal care?  More lies sent to schools, via Maricopa County.  Where are our County Board of Supervisors?

Back to the Teen Outreach Program (TOP) referenced in the first email–TOP is part of Advocates for Youth.  Advocates for Youth is a front for Planned Parenthood.  As folks began to realize what Planned Parenthood was up to when they claimed to “educate” our youth, Advocates for Youth was developed. The entire sex ed web is confusing as there is money being funneled to many organizations from several levels of government.  The names of the programs are quite misleading and they almost always point back to Planned Parenthood.  It is up to our elected Maricopa County officials to take some responsibility by stopping the spread of dangerous information that doesn’t reflect most families’ values or the laws in the state of Arizona.