A quick glance of Planned Parenthood Advocates of Arizona Twitter feed reveals one thing:  Sex Education for all ages, mandated by the state of Arizona, LGBTQXYZ is the way to be, and anything short of this is failure.

Planned Parenthood Arizona’s Twitter is a never-ending list of their endorsements and an occasional reference to those bad candidates who think sex ed should be taught within the family.  ‘Tis the season the week of Arizona’s primaries.

Remember (Dr.) Eric Meyer, the slouch who wouldn’t stand for a moment of silence for unborn babies on January 22nd in the state legislature.  According to Planned Parenthood, it’s imperative he be re-elected as a state senator in LD 28 (north Phoenix/Scottsdale) this term:

Democracy is not a specator sport! Help your local candidates-our voter guide has awesome cadidates to help like @DrEricMeyer @KelliButlerAZ

According to the Arizona Secretary of State’s website, Eric Meyer is getting some pocket change to help his campaign.  Just as in 2014, he’s getting another $5000 from Planned Parenthood in 2016. 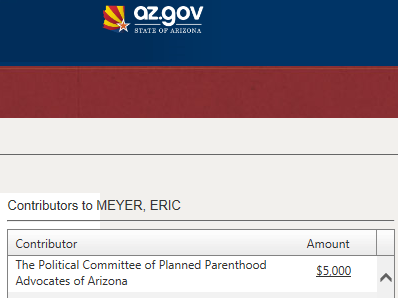 Even Planned Parenthood of Arizona’s President and CEO Bryan Howard thinks highly of Meyer’s campaign.  And why not, a little job security for Howard never hurt. 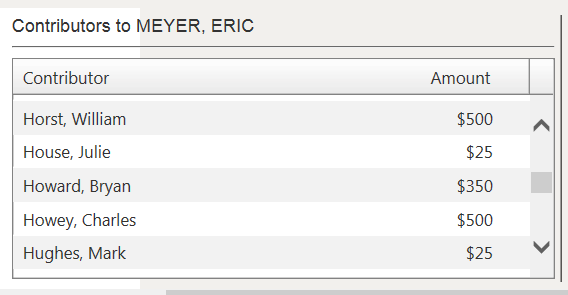 And talk about job security, here’s Eric Meyer’s contribution  to The Political Committee of Planned Parenthood Advocates of Arizona.  Keep the merry-go-round going.  The more his donation, coupled with many others, is used to support sex ed pro-abortion candidates, the better in his view.  It’s ironic he has earned the title “Dr.” when he supports an organization which damages women and children in so many ways. 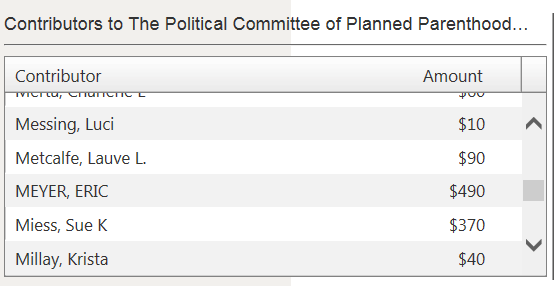 Arizonans, be sure to vote on August 30th and again in the general election on November 8th.  Hillary Clinton may be all about Planned Parenthood, but you can stop them on the local level no matter who moves into the White House.

Sex Ed Provider ETR is Planned Parenthood in Disguise
Will Anything Ever Change in Tempe Politics?