Creighton School District, located in the east/central Phoenix area, reflects a diverse community.  Some areas are of the district are quite well-off, and many others are low income.  It is quite a challenge for any school district to serve the unique needs of the families who reside within its boundaries.

Many societal standards in the United States are undisputed.  For example, listed below is the vision as stated by Biltmore Preparatory Academy (Creighton School District), whose name reflects the upscale area of Phoenix in which it lies. 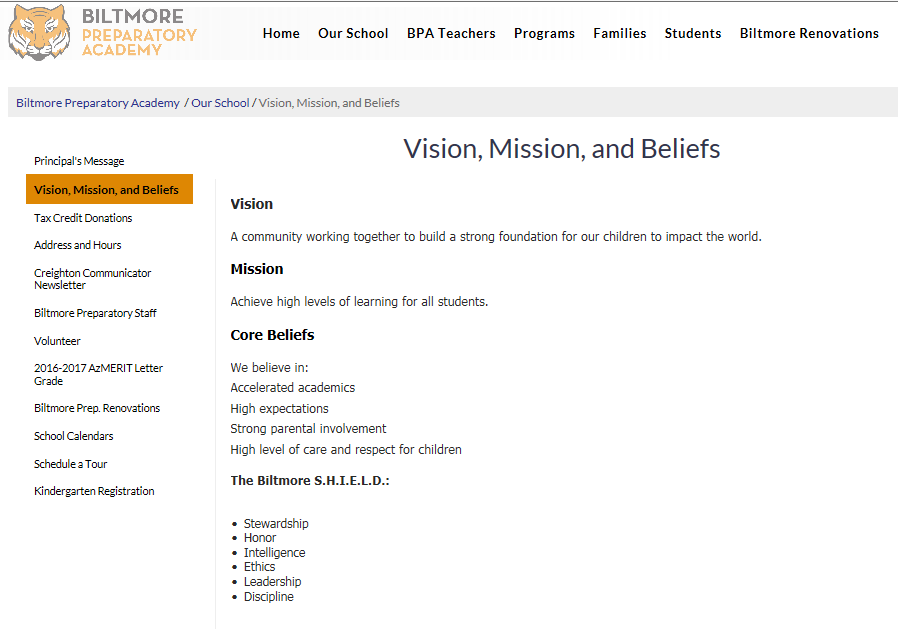 This appears to be a responsible mission statement.  Who then, is Marie Twist and what is she doing to the little kids at Biltmore Prep Academy?

According to Biltmore Academy’s website, Ms. Twist is an instructional coach, (whatever that is).

She has a lot of power, look who’s she invited to visit the school’s preschoolers:

Planned Parenthood loves the request, it’s just what they want.  If children can conquer nine months in utero without making Abortion, Inc.’s most wanted list, they are drafted as infants to be perverted after birth: 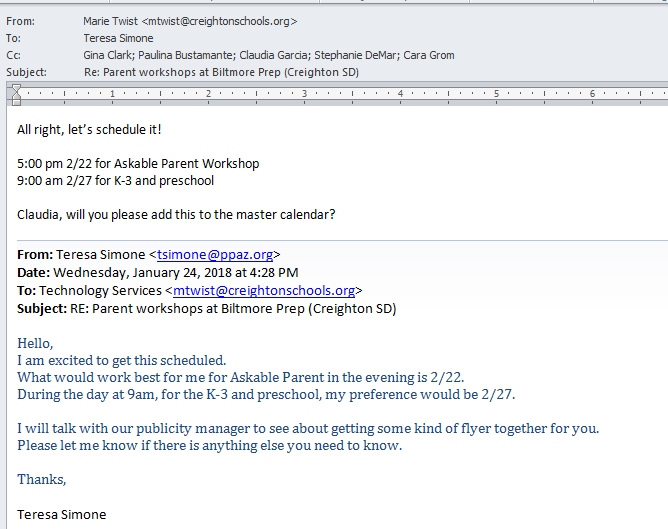 Kindergaren-3rd grade and preschool?  We are told by educational bureaucrats that preschool is necessary for children to be on target to learn to read and accomplish basic classroom skills.  Supposedly toddlers shouldn’t get behind at a young age or the United States can’t compete globally.  What do these know-it-alls mean by that?  Do they mean the little kids can’t compete globally in a sexual way, as per United Nations standards?

Here is a chart referencing what Planned Parenthood deems normal to teach toddlers and newborns.  Why is there a column for sexual behavior for newborns, toddlers, and pre-schooolers? 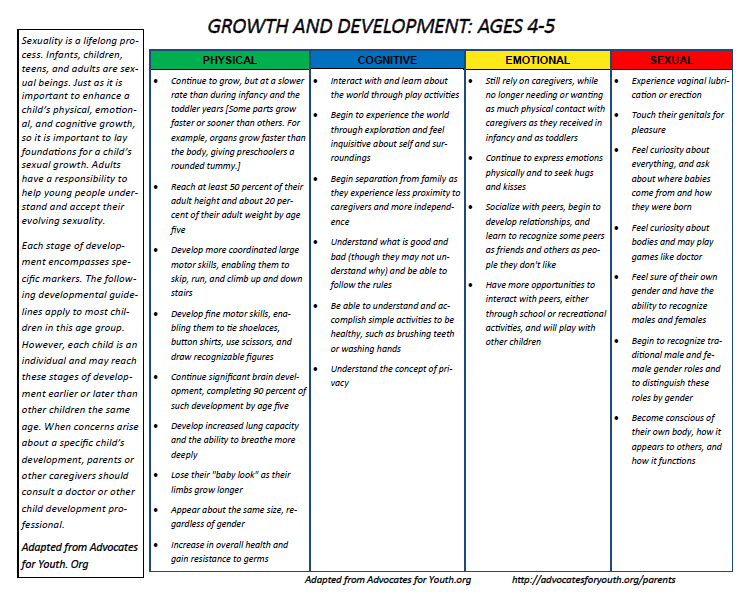 Notice the charts were developed by Advocates for Youth, an offshoot of Planned Parenthood.  Perhaps the 4d ultrasounds offered for free by local pregnancy centers have put a dent in Planned Parenthood’s abortion quotas and they need to find an alternative way to recruit future customers.  Where are the parents from Biltmore Prep Academy who are letting their babies take sex ed from Planned Parenthood?

Meanwhile just a few miles away, Phoenix Country Day School, an overpriced private school which allows parents to build resumes through their children has recently been caught teaching the Genderbread curriculum.  Thanks to Rachel Alexander and The Stream for breaking this story. Ironically, if those parents had simply pocketed the $20,000/year and put their little darlings in an Arizona public or charter school, they would have been protected by law from this sort of indoctrination and anti-science curriculum.  (While Arizona laws protect public and charter school children from curriculum like the Genderbread Person, most laws aren’t enforced unless parents push back like in Flagstaff recently.)

It should be no surprise that this same school, Phoenix Country Day School, boasts on its website a photo of a classroom with a Che Guevara poster.

Yes, there is a t-shirt with a ghostbuster sign through Guevara’s face, but notice the poster next to it, the pop culture Che Guevara that is used to nudge students to become enamored with the Marxist.  What does that have to do with The Genderbread Person?  One of the goals of Marxism is to destroy the traditional family and genders as we know them.  Once the family goes, so does the culture and the United States of America.  This is a heavy topic and we don’t expect it to be embraced by many when first hearing it.  Keep your eyes and ears open to what is happening in our society and it will be obvious over time.  What is special is parents can spend over $20,000 per year to destroy their own family, their inner circle’s children and thus, the country at the same time.  What a deal.