We are in the middle of a battle for education funds in Arizona.  As usual, the media tells us Democrats want more money for education and teacher salaries.  These are great talking points, who doesn’t want investments in children?

And as usual, some legislators are talking out of both sides of their mouths.  They say they care about kids, but in reality what they want are votes and the students are pawns in their climb up the political ladder.  Candidates of both Parties do this, but some legislators are more blatant than others.

In Arizona’s Legislative Disrict 18, Representative Mitzi Epstein was elected in 2016.  She grabbed media attention claiming to care about children’s education and the district’s voters fell for it; she unseated a Republican incumbent in the process.  Yes, to nobody’s surprise she was propped up by Planned Parenthood.

For 19 years, Representative Mitzi Epstein was an agent for her son, Danny, who is an actor.  Her title as “Manager” on LinkedIn would make one think she has some executive experience that will benefit the students in the Kyrene School District.  It’s all “for the kids”, correct? 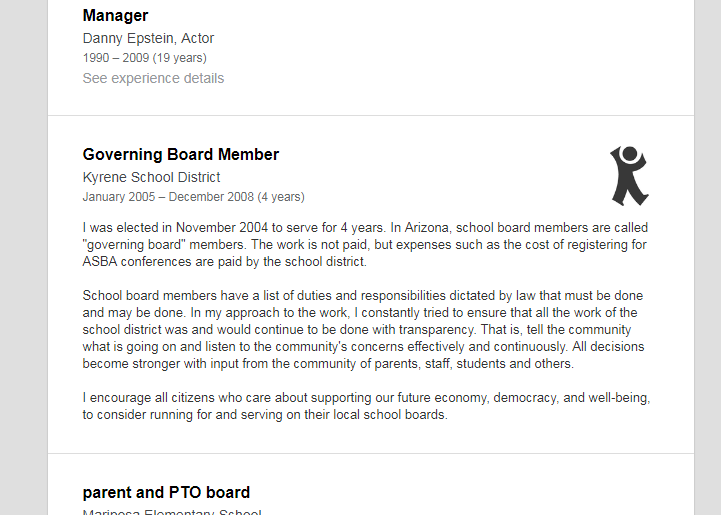 The battle in the media may be for education funds, but the real battle is for the emotional well-being and safety of our children.  Will Arizona’s LD18 voters make the same mistake in 2018 and re-elect porn-pusher Mitzi Epstein?