Everyone has a relative or friend who has dealt with cancer, an accident, or military service and has been physically altered.  The news is hard to accept when a surgeon must remove a diseased organ, or a limb is lost due to war.  Not only do we hope for the patient’s full recovery, we hope they can live as normal as possible under the circumstances.

In the case of Planned Parenthood and its association with the LBGTQ crowd, GLSEN, and the federal government, innocent kids are now encouraged to be maimed.  Our concern has always been for the mother’s physical and emotional health and the survival of the baby in utero if she was pregnant and entered a Planned Parenthood clinic.  Now we have to guard our kids against Planned Parenthood pushing the trans culture on our kids, including irreversible surgeries and dangerous hormone prescriptions.  These “services” are coming to a Planned Parenthood near you, if they haven’t already.

When giving birth, parents hope for ten fingers, ten toes, and overall health of the baby.  The first question to be answered, even before birth is “Is it a girl or a boy?”  How does a “non-profit” organization like Planned Parenthood become a source for surgically manipulating that same child, removing vital organs, and prescribing dangerous hormones that will forever change the child physically and emotionally?  How did this particular clinic graduate from physically harming women and pre-born children to encouraging maiming beautiful children, entering their lives through the neighborhood school?  Yet the top vote getter in this year’s Tempe Union High School Board election, Michelle Helm, told us in 2014 “Planned Parenthood does so much good”, as she allowed its curriculum in her schools.

Planned Parenthood recommends the website queertips.org for those with questions.  Is this what you want your kids interacting with?  (Content and language warning) 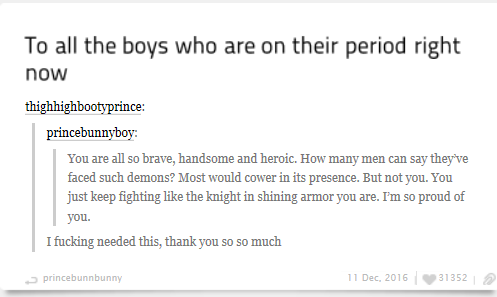 Sit down before reading the Queer Tips Manifesto.  This organized campaign to fill children’s minds with this destructive behavior mirrors Planned Parenthood’s false narratives.  Look at this quote from Ken Lambrecht, CEO of Planned Parenthood of Greater Texas:

How can Planned Parenthood pretend to keep people healthy by promoting gay sex, providing transgender hormones, and supporting transgender surgeries?  It’s all about money.  And the government will do anything to “normalize” these behaviors.  This website provides information on scholarships for transgender and LGBT students.  Here is a scary financial award:

There is only one reason this scholarship exists and that is to populate LGBTQXYZ sympathetic individuals in every career to further this perverted agenda to the next generation.  Ignore the “Helping and Caring Professions” label.  It should be labeled “Opportunistic Professions.”  What do they mean by religious instruction?  Is the goal to rewrite the Bible?

The screenshot above is from 2009.  It looks like they have been quite successful; just look at what is going on in schools.  Tempe Union High Schools (TUHSD) hired a Diversity and Inclusion director recently and nobody on the Board who could stop it chose to.  How much will this new department cost not just TUHSD, but every district in the country who will presumably do the same?  What will the cost be to the students who are manipulated by this agenda via their neighborhood schools?  And what will be the cost when parents and kids who are physically and emotionally damaged finally sue the schools who encouraged this?

Arizona leans Red and has a law on the books that schools cannot promote the homosexual lifestyle as healthy.  Look at these Arizona School Boards Association (ASBA)  LGBTQXYZ guidelines for schools. If this is occurring in Arizona, imagine what is going on in Blue states.

Here is a shot of question #3 in the ASBA guidelines.  It is obvious Arizona “educators” are being encouraged to push the trans agenda.  There was a time teachers and staff were hired to instruct classrooms of students on certain factual material.  Now they have a side job while on the clock.  TUHSD is a great example.

Who will be paying for the following:

Be sure to read page 4 of the ASBA document about sports participation.  Its list of guidelines falls right in line with TUHSD’s newest mandate from the October 19, 2016 board meeting reiterating their “everyone can participate” policy.  The LGBTQXYZ lobby will have its lawyers ready to pounce as soon as any Arizona district or student chooses not to “participate” in page 4.  You know, some lawyers received their degree due to a cool scholarship for having special transgender needs.

If a white male high school student, who has decided to wait until marriage to have sex with his female wife, is uncomfortable with all the transgender hoopla in P.E. class, will he be provided his own bathroom?