There is an episode in the series “Everybody Loves Raymond” where Ray is in hot water because he didn’t prepare a toast for his brother’s wedding reception.  True to form, his mother caused a scene at the church and as Ray explained during his improvised toast, “Material sometimes presents itself.”

Likewise with Planned Parenthood.  Of course with millions of dollars in tax money, government grants, fees for abortions, and the sale of baby body parts, there is lots of money to use for marketing campaigns.  What is scary is that the general public, school districts included, tend to ignore all the extra “material” that Planned Parenthood presents.

The rest of this post is not meant for most eyes.  Don’t let your kids see it, let them discover it on their own in Comprehensive Sex Ed or in college. 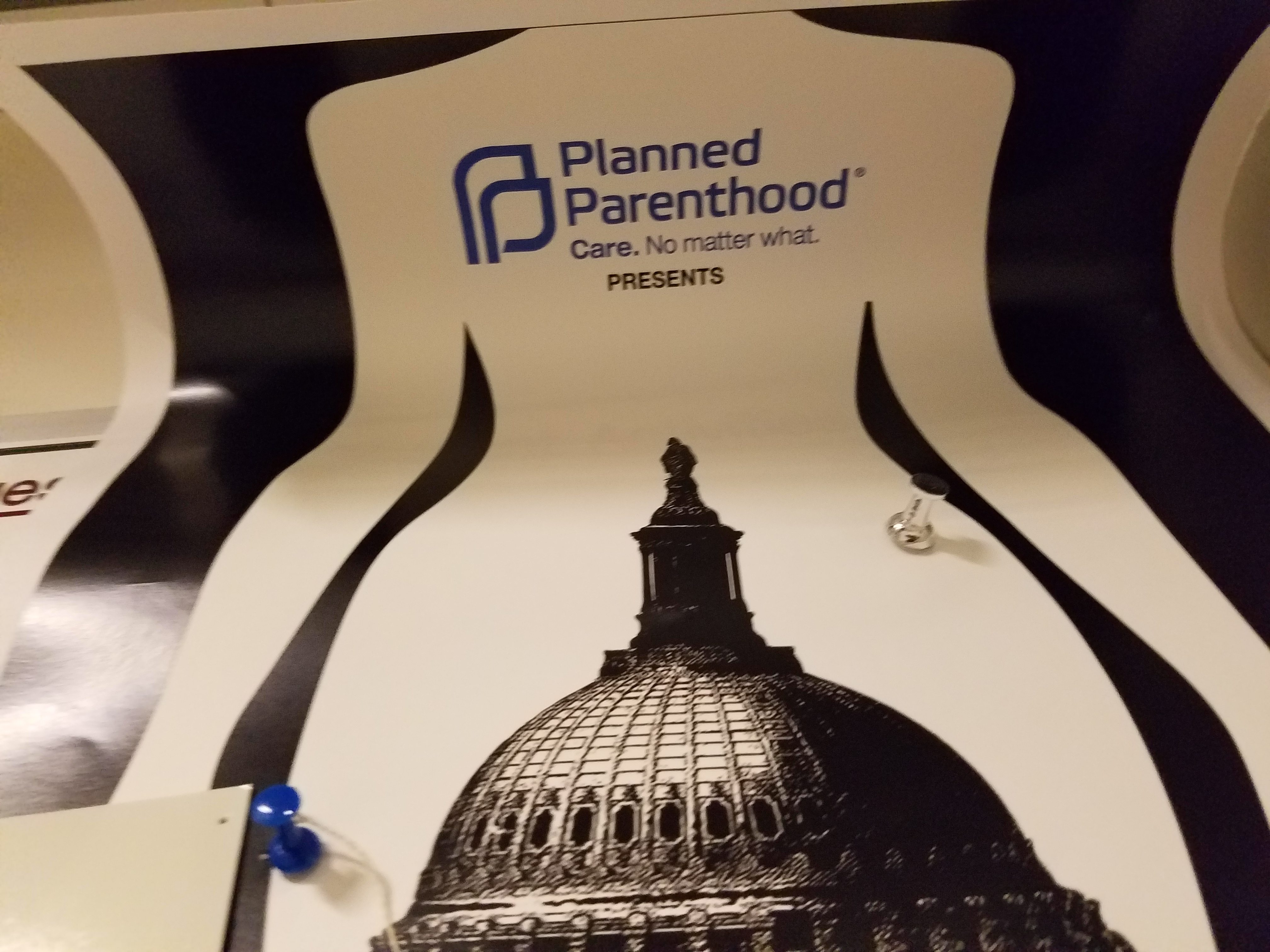 The above posters were prominently on display recently in the student union area of Evergreen State College in Olympia, Washington.  By the way, Evergreen is a public college, so your tax money is at work again.

Is it ironic that bake sales at schools have been shut down because local health requirements may not be met?  And don’t use the wrong sink to wash the dishes!  Yet “Butt Sex” is advertised and promoted by Planned Parenthood at a public school with no warning of health concerns.

The silhouette of a naked lady over our United States Capitol is shameful, about as bad as the rainbow lights on the White House in 2015.  Obama doesn’t just support Planned Parenthood, he makes a mockery of the United States at the same time.

This is an election year.  If you find your local, state, or federal candidates support Planned Parenthood, remember these images at the voting booth.