There is another color of donations the media seems to ignore and that is what we call “Pink” Money.  Pink refers to none other than Planned Parenthood.  Ironically, the organization kicks and screams when Congress discusses defunding them.  They have received as much as a million dollars/day of taxpayer funds.  It was to be reduced as of a few months ago thanks to action by President Trump.  This is the real reason the Democrats are turning inside out during the Senate hearings to confirm Judge Brett Kavanaugh to the Supreme Court.  Many people view issues as black and white.  The current Democratic Party views everything as pink and white.

Earlier this year, Planned Parenthood was reeling from the news they would not be able to steal as much from Americans to teach radical sex ed, so they proceeded to sue the Trump Administration for its actions.  Normally when “non-profits” are strapped for money, they can’t afford lawyers who are lined up and ready to sue.  When asked, Planned Parenthood will tell us this court action “is for women’s health.”  Obviously their extra funds are not being used for women’s health, but for the legal chess match they play daily.  Instead of using those funds to sue federal government, why doesn’t Planned Parenthood use our tax money for post-abortion counseling?  What about eliminating webcam abortions and actually encourage those seeking abortions to see a doctor in person?

One thing the Democrats do well is work together.  If they have differences behind the scenes they certainly hide it well.  Give them credit, here is a slick video created earlier this year targeting four top posts in Arizona state government.  It was public, but now a Facebook account is needed to open it.  The video touted David Garcia (governor), Katie Hobbs (Secretary of State), January Contreras (Attorney General), and David Schapira (Arizona Superintendent of Public Instruction) and their devotion to Planned Parenthood.  Imagine if all four had that much devotion to God.

In a surprising result, David Schapira lost in the primary, but have no fear.  The winning candidate, Kathy Hoffman, is well-vetted by Arizona List, so she can slip right in if Abortion, Inc. decides to update the video.

Planned Parenthood and all that goes with it is a huge business.  To research your own federal candidates, Open Secrets is a handy tool.  We found some interesting information when we typed Kyrsten Sinema, who is currently a Congresswoman in Arizona but is running for Senate in the November 2018 election.  These are payouts to some of the federal candidates for 2016: 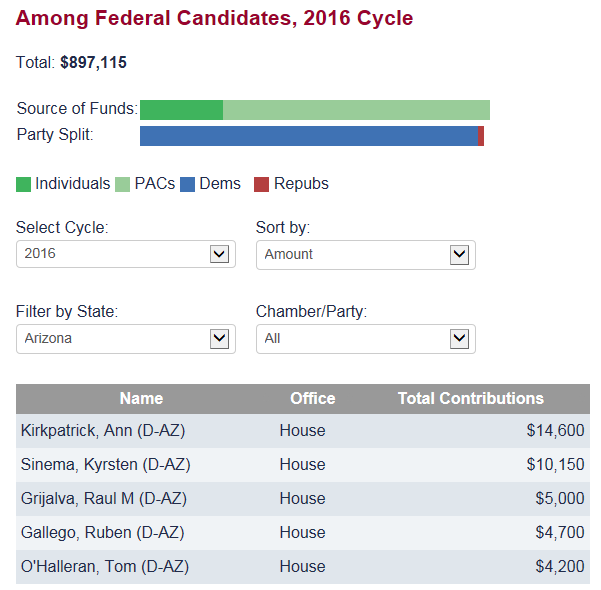 Note that all of these candidates are running again this fall.  Here is an update from Open Secrets, but these numbers will likely change since the general election season is just getting under way and Arizona is one of Planned Parenthood’s targets. 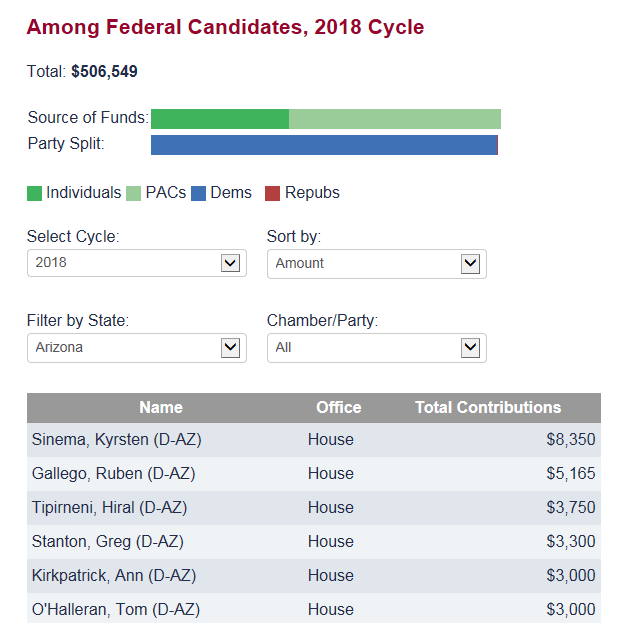 Greg Stanton, recent Mayor of Phoenix, is a big Planned Parenthood and LGBTQXYZ supporter.  They owe him more financial support.  It is likely all of these candidates will receive more Pink money either directly or through an outside source.  Here is a rundown on how the Pink money web may be working in your state: 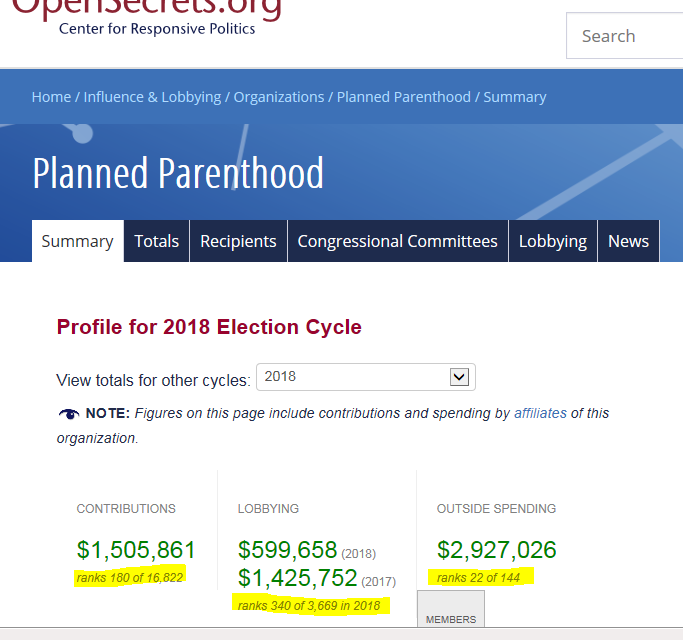 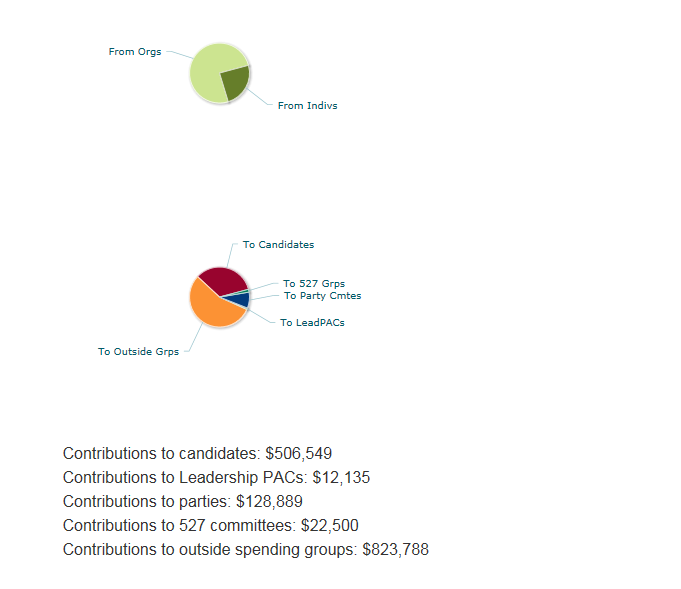 The television and radio ads funded by Planned Parenthood will be tricky to spot.  Planned Parenthood likely won’t be named in the ads or in the fine print that appears for about one second at the end of the ads which describe who paid for it.  The list above reflects how organizations can sneak support for or against a candidate without being named.   Below are some outside organizations and PACs designed to keep the abortion syndicate alive. 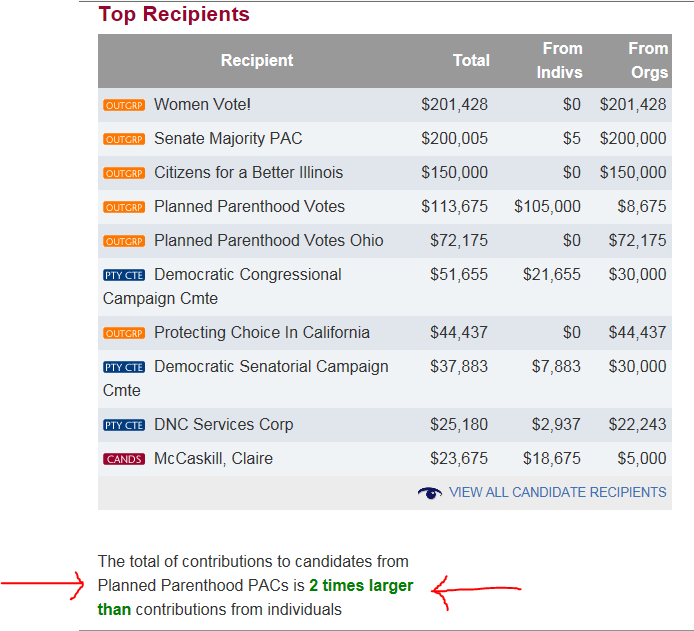 Anyone looking for a steady and profitable career may want to look into being a lobbyist for Planned Parenthood. 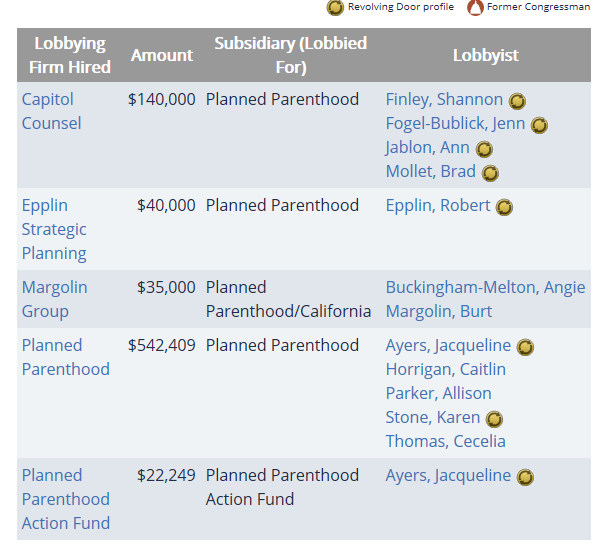 It is amazing how much Planned Parenthood complains about financial cuts while saying the money is needed for women’s health.  Instead, we see candidates, ad creators, television and radio shows who air commercials, and lawyers all financially benefitting from our tax money so Planned Parenthood can turn all that pink money green.