This post shouldn’t even need to be written.  There is no reason we should have to be babysitting any city council in regards to education.  But Tempe is different.  Tempe is always different.  Some call it leadership, but it is not.

Lauren Kuby is currently installing yard signs to draw support for her second term on Tempe City Council.  Because Tempe has crowned itself the state’s preschool champion, it is important we note who is funding Kuby’s campaign.  (Keep in mind the idea of city-run preschool is quietly spreading to other cities throughout the Arizona; Tempe will likely not be alone in this endeavor down the road.)

Recently Ms. Kuby added a photo to her Facebook page. 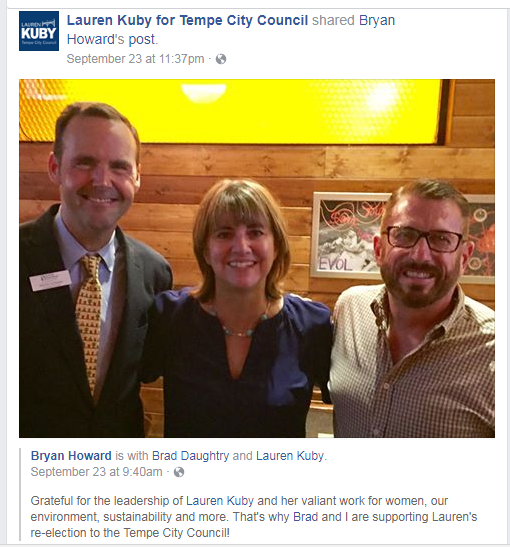 Bryan Howard is the President and CEO of Planned Parenthood of Arizona.  It’s not surprising he is endorsing Ms. Kuby, especially since she has the support of Arizona List.  The issue with Howard’s endorsement is Lauren Kuby is not a champion for women if she supports his Planned Parenthood.  Since Planned Parenthood and Kuby won’t tell you, here is an article and a chart showing how damaging abortion is to the woman.  It is ironic those pushing abortion continually tell us it is due to “womens’ rights”, but they don’t tell us the long term effects.  That won’t fit in a quick sound bite or campaign sign.

Why does a candidate trick voters?  Because we let her.  We don’t challenge her claims.  While we remain quiet, Ms. Kuby takes the campaign donations from the abortion lobby.  Here are some donations from her first council campaign.

Sometimes Planned Parenthood’s websites claim the patient can return to the clinic for follow-up care.  But in reality the staff isn’t equipped for nor do they have time to deal with the emotional issues that scar post-abortive women, especially decades later.  How then does Lauren Kuby champion women? 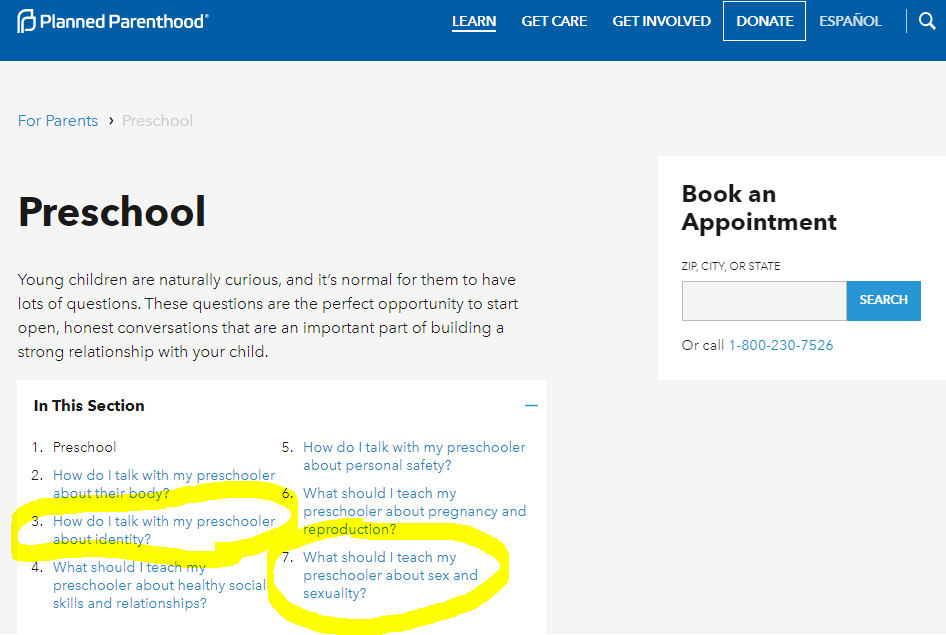 How long will it take before Councilwoman Kuby invites Planned Parenthood into the City of Tempe’s preschools?  She owes them a couple favors.

Those preparing to contact us to tell us after reading this article they will now vote for Lauren Kuby, thank you for reading and thank you for voting.  You would have voted for her anyway.

And those of you reading this who are post-abortive and realize they are having some emotional problems, there are places for you to turn.  Please contact Rachel’s Vineyard or Silent No More.  Either organization has walked in your shoes and is ready to help both men and women who are suffering from the after-effects of abortion.