Arizona is one of the leaders in the country in school choice.  Those not content with government-run schools have many options.  Charters schools abound in the state, along with religious schools, private schools, and the many home school groups for those who want to educate their children themselves.

Ask the parents of children who opt for an alternative school why they did and you may receive as many different answers as there are parents.  One common thread is parents want their children to have a strong educational foundation without any political agenda.  If the charter, religious, or private school doesn’t perform to the family’s expectations, there are many other options in Arizona, thankfully.

It’s common knowledge that the LGBTQ lifestyle is being promoted in Arizona schools despite a law to the contrary.  Most parents want their kids to focus on their education–math, reading, history, writing, and science, so they enroll their children at Great Hearts Academy, a popular chain of charter schools in Arizona and Texas.

So what is GLSEN to do?  They can’t leave well enough alone and respect the choice these parents are making.  Remember GLSEN is an ideological partner of Planned Parenthood, the organization who promotes choice among the mothers of the babies they are carrying.  Evidently, the choice ends once the child is born and they enter school.

Great Hearts decided it wasn’t going to adopt a free-for-all bathroom policy like Target Stores has.  Great Hearts is responsible for their students’ safety.  While Target may want to risk boys using girls bathrooms in hopes to raise sales, Great Hearts has the best emotional and physical interests at heart with this decision. 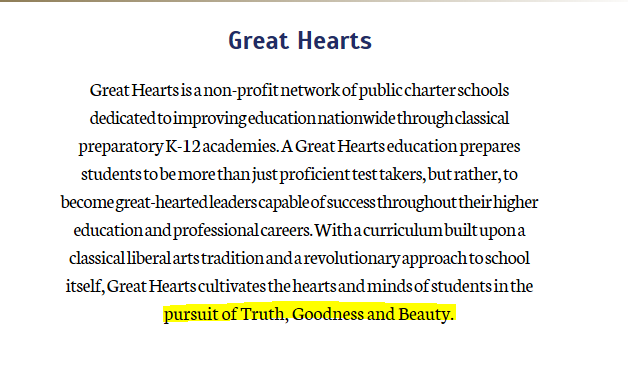 Great Hearts hasn’t adapted to the current culture.  In the eyes of GLSEN, that is their error.  What is wrong with Truth, Goodness, and Beauty?  It flies in the face of the manufactured transgender crisis.  Those making money off the transgender industry know anyone who continues to teach the truth exposes the end game of the sexual revolution.  GLSEN can’t create truth, so they must hide it.

As with Planned Parenthood, GLSEN wants to get in between parents and children and completely deconstruct the family unit.  Strong families solve problems together.  Parents are the primary teachers of their children.  Breaking up the traditional family unit leads to contract parenting.  Children are a commodity.  Children are pawns in a political game.

Why else would GLSEN, based in New York, care what some charter school way out in Arizona is doing?  Is GLSEN on the ground in Arizona drafting the legal opposition to the Great Hearts policy?  Who knows, but they are stirring the pot from their Manhattan offices in hopes that their way will be the norm. 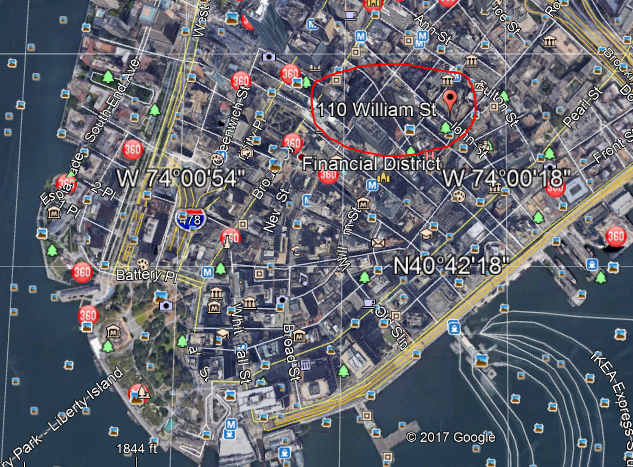 Just how is the transgender/GLSEN crowd making so much money they can afford offices in Manhattan?  (Clue: Watch where you shop, your political donations, and who you elect to office.)

Anyone who questions the transgender culture is labeled a hater, bible-toter, old-fashioned, GOP voter, and anti-science.  Just think of the new cultural vocabulary we now use on a daily basis.  It’s all a gradual nudging so that the radical behavior and terms will no longer be radical.  Don’t forget, President Obama was for marriage between a man and a woman only before he was against it for political reasons.

Most of America has common sense.  Here is a great angle to the bathroom dilemma:

So I guess my question is do the protesters want @GreatHeartsAcad to build 63 bathrooms since there are 63 genders? 😂😂😂 https://t.co/peR91brBRF

Hopefully Great Hearts does not cave.  Maybe the gender non-conformists could start their own charter school which would best reflect their identity and needs, just like Great Hearts did.  Next the GLSEN fanatics will be knocking on the doors of religious schools.  They will use federal, state, and local governments to do their dirty work, if they haven’t already.  And the grand prize will be Catholic schools.  Remember the end game, your children are yours–they don’t belong to policy makers.

What is Really Being Taught in Phoenix Union’s Sex Ed Classes?
The Number One Reason Not to Vote for #KeepKuby on Tempe Council