Recently we paid a visit to the Tempe Elementary School District to review their sex ed program.  Tempe’s elementary district feeds into Tempe Union High Schools (TUHSD) which uses Planned Parenthood’s FLASH curriculum.  We wanted to see if FLASH had snuck into the younger grades.

It must be noted that everyone we had contact with, either through preliminary emails, the District Office, and at the facility where the sex ed was reviewed was extremely pleasant and professional.  At no time did anyone give any impression a local citizen was not welcome.  The employee who made the curriculum available had a laptop set up for us with both the student and teacher workbooks, along with many videos to review.  We want to thank Superintendent Christine Busch  for the professionalism of her staff and her leadership.

Back to the curriculum.  Tempe Elementary is using a program called “Choosing the Best” which touts itself on pushing abstinence-only education.  Overall, the curriculum does this. 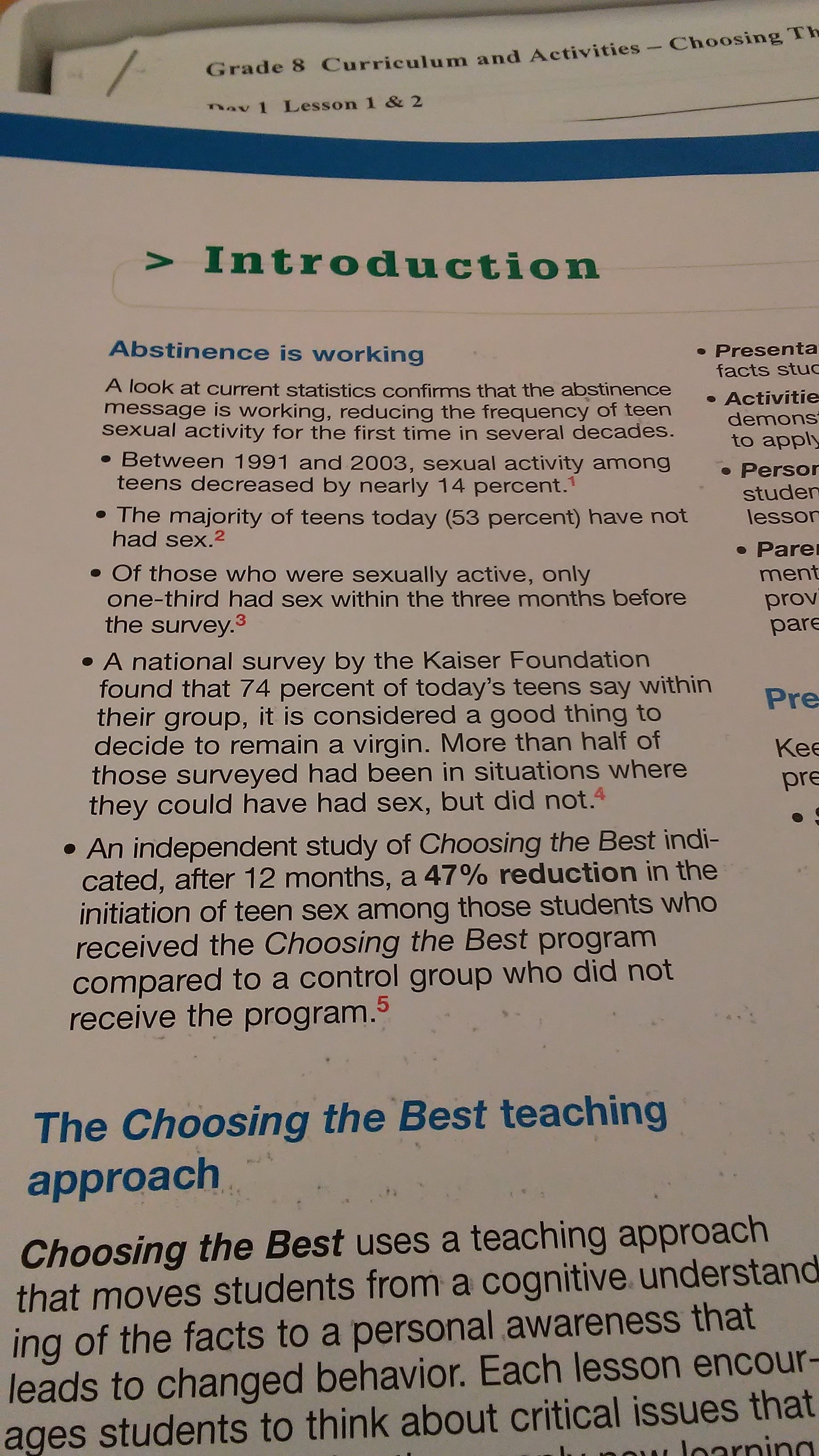 This statement that abstinence is working is refreshing to see in a school curriculum.  “Choosing the Best” even advises waiting until marriage to have sex.  What a novel idea! 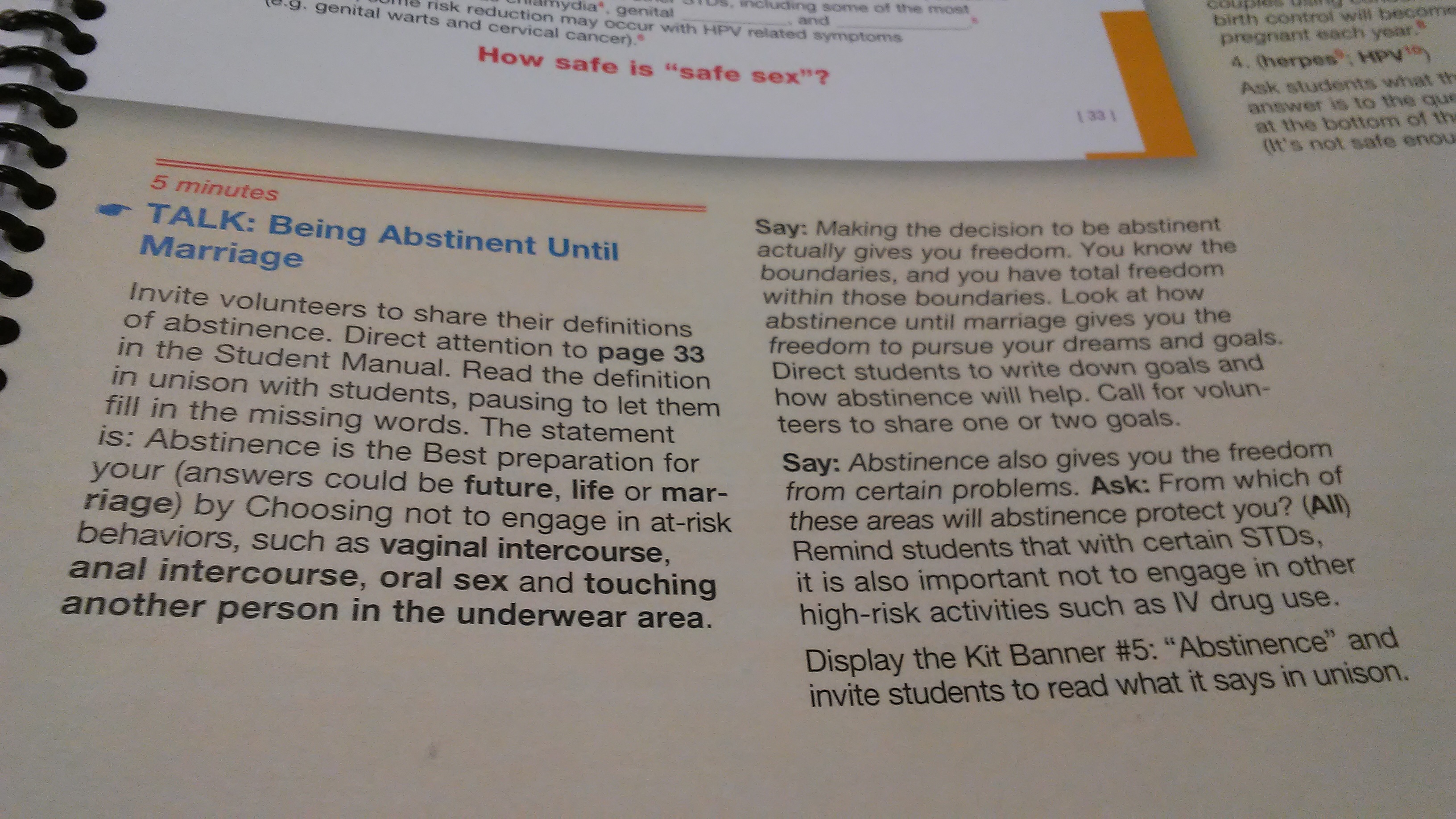 The only problem, which seems to occur over and over whether in various sex ed programs or high school anatomy and physiology books, is the writers can’t just leave it at that.  Somehow along the way the writers feel they must throw a few bones to the pro-sex crowd just in case.  We can only imagine if drivers ed teachers tell children what alcoholic beverage to enjoy even though they really shouldn’t have any before they drive.

Unfortunately on page 5 of the 7th grade workbook, the title is “Sex, Everybody is Talking About it.” 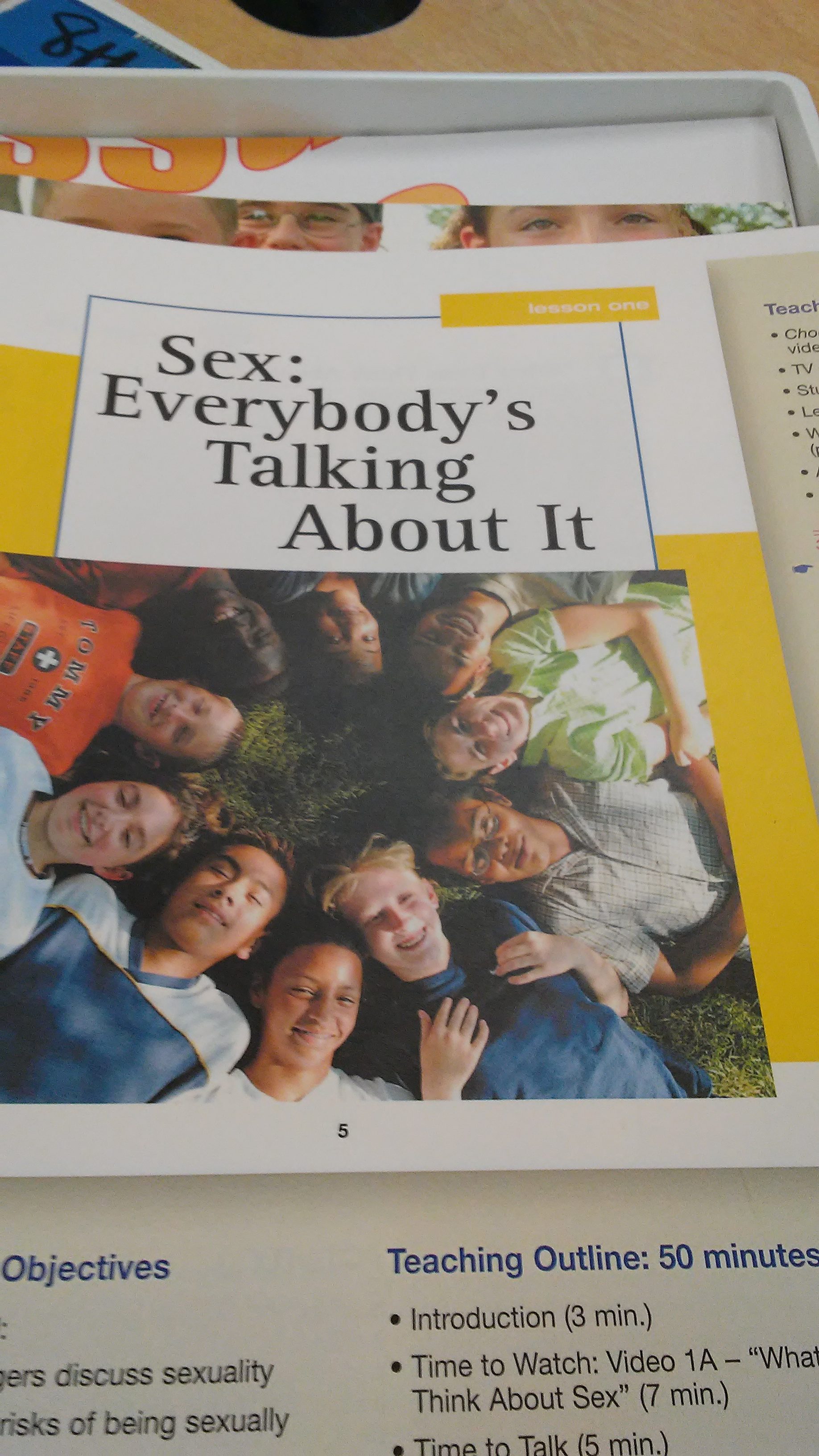 No, everybody is not.  But sex ed curriculum writers seem to think kids should so they put the thought in the students’ minds.

Later the obligatory list of birth control options is published. 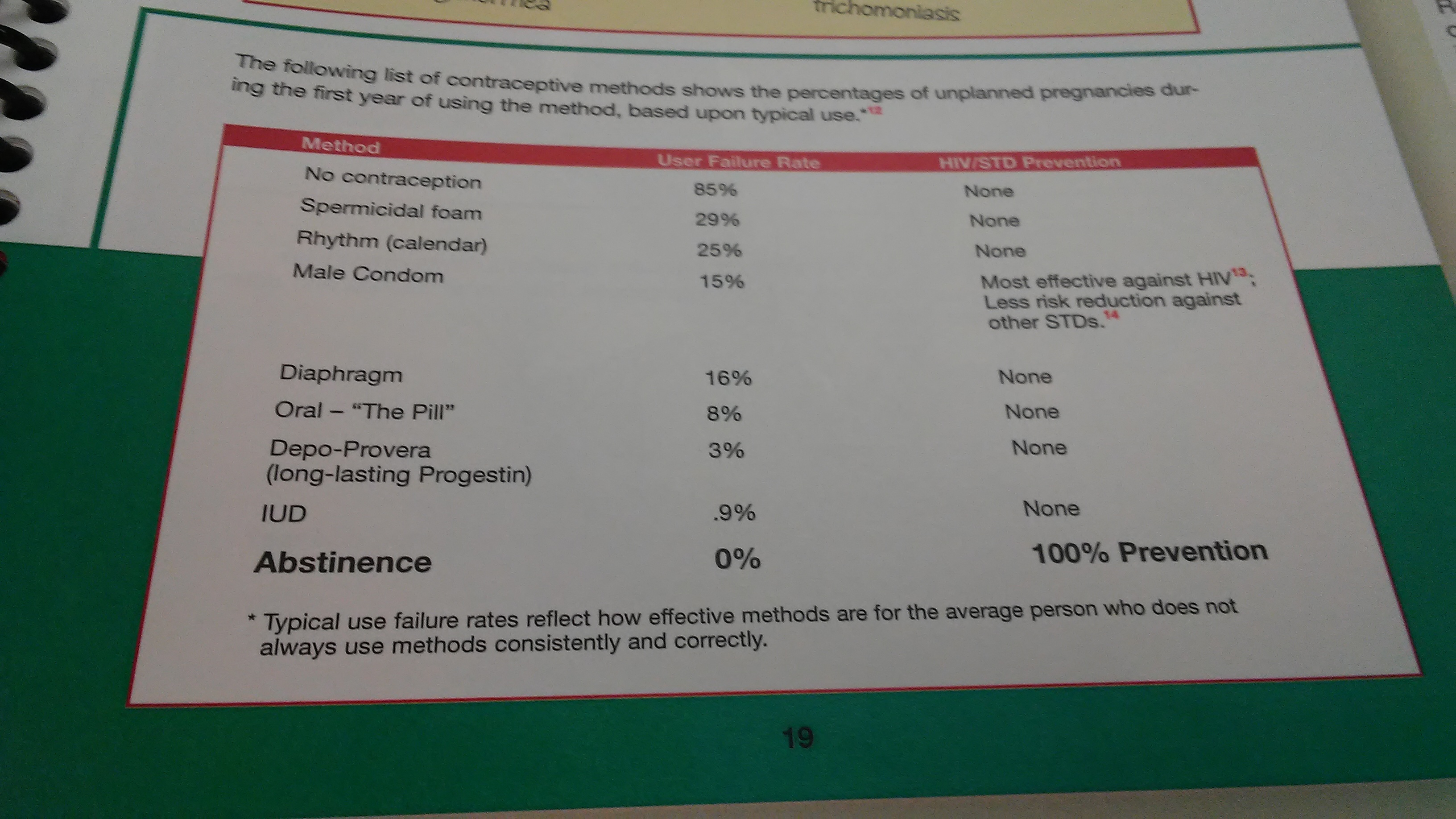 There is nothing mentioned that the IUD causes abortion.  In other words, the curriculum isn’t medically accurate.  And there are plenty of references to the very controversial  HPV vaccine.  Why do we adults continue to confuse children?  This curriculum would be pretty acceptable if only it stayed on its abstinence message instead of saying “Here is the birth control and possibly dangerous vaccine just in case.”

But wait, there is more.  Grade 3, Lesson 3 is titled “Staying Safe: Strangers, Cyberspace, and More.”  We are not sure what Cyberspace has to do with Human Growth and Development.  But “More” definitely is off topic.  “More” is actually the opportunity for the publishers to push their anti-gun agenda on young children without their parents knowing.  Fifteen minutes into the video, the narrator states “Weapons are not safe for kids to touch, ever.”  In fact, one minute later, there is a scene where a student tattles on his classmate because her dad has a gun at home.  He runs to the teacher and the teacher made a phone call and “took care of the situation.  Now they don’t keep a gun in their house at all.”

It’s one thing to remind kids not to touch a gun without a parent around.  But the video never mentioned the Second Amendment and the reason for it.  Many families teach their children to safely handle guns when their age permits, whether it’s for a hobby, hunting, or personal protection.

Anyone who has been to a gun training class learns a deep respect for guns and their handling.  Obviously the writers had no interest in publishing a complete and non-biased lesson.

We are happy Tempe Elementary is using a curriculum which stresses abstinence until marriage and we hope they continue to do so.   With just a little fine-tuning, we may have a winner for those who desire sex ed in schools.

Success in Reading, PA for the Children and Life!
Our Response to Planned Parenthood’s Inaccurate Op-Ed