Just a few years ago, Sunnyside School District in southern Arizona invited Planned Parenthood into the district to teach sex education.  At the time, they got a write-up in the paper and  that was about it.  There was no pushback from parents and no questions by the local media why this was acceptable.  For some reason when Planned Parenthood gets near children there is a bit of negative chatter but little is done about it.

Imagine if a stranger handed out obscene material to your children across the street from their school.   Most likely the police would hastily be called and the principal would send a letter to parents warning them about the situation.  The stranger’s actions may even solicit a lead story on the evening newscast.  Phew, the newscasters and principal would be heroes sounding the alarm to protect the community’s kids.

But when that stranger is Planned Parenthood and they march INTO your child’s school there is almost complete apathy.  One reason is the school district is not up front with the parents about the content or the source of the obscene material.  Another reason is most parents are completely trusting of the decisions each school district makes.  Those days need to be over……it’s time to question everything a school district does.

Back to Sunnyside,  finally it appears some parents have had enough and Liberty Counsel has gotten involved. Recently, Sunnyside introduced a new curriculum called “Rights. Respect. Responsibility.”  Here is a video from the curriculum the kids, grades K-12, may be shown whether legal in Arizona or not.  We have heard many complaints from parents recently about teachers “teaching to the test.”  Now in southern Arizona teachers can teach to the Condomology video.

While at it, “Rights. Respect. Responsibility” writers hold a special place in their hearts for families who live by religious values.  The curriculum gives those families extra attention and seeks to marginalize them right in front of the rest of their classmates. 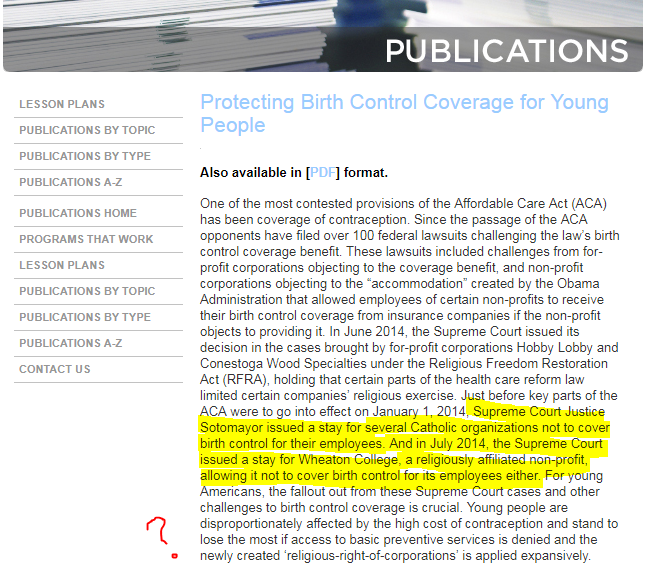 Isn’t this discrimination?  Where is the ACLU?  Does Sunnyside have a diversity czar who could defend religious students?  Instead of encouraging school children to refer to their parents for guidance relating to their religion and sex, the 3Rs instead gets right in between the kids and the parents (just like Planned Parenthood).  Sunnyside Schools, this is exactly why more and more families are choosing to homeschool.  Here is another blurb from 3Rs website which is not only false, it is used to mislead kids. 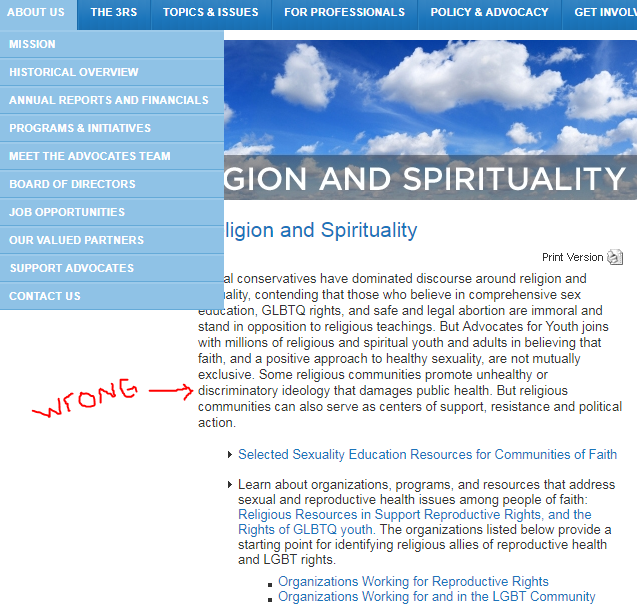 The “Rights. Respect. Responsibility” website is a cornucopia of lies and dangerous information  for kids.  In addition, much of it breaks Arizona laws, again.  See the letter Liberty Counsel sent to Sunnyside’s Governing Board. Don’t think for a minute Planned Parenthood isn’t behind this.  Advocates for Youth is the source of this new curriculum and Advocates is a front for Planned Parenthood as Abortion, Inc. tries to hide from the public its true intentions.

Beki Quintero is a current Sunnyside School Board member.  She is also a proud member of Arizona List, an organization who lobbies for Democratic women who love abortion. 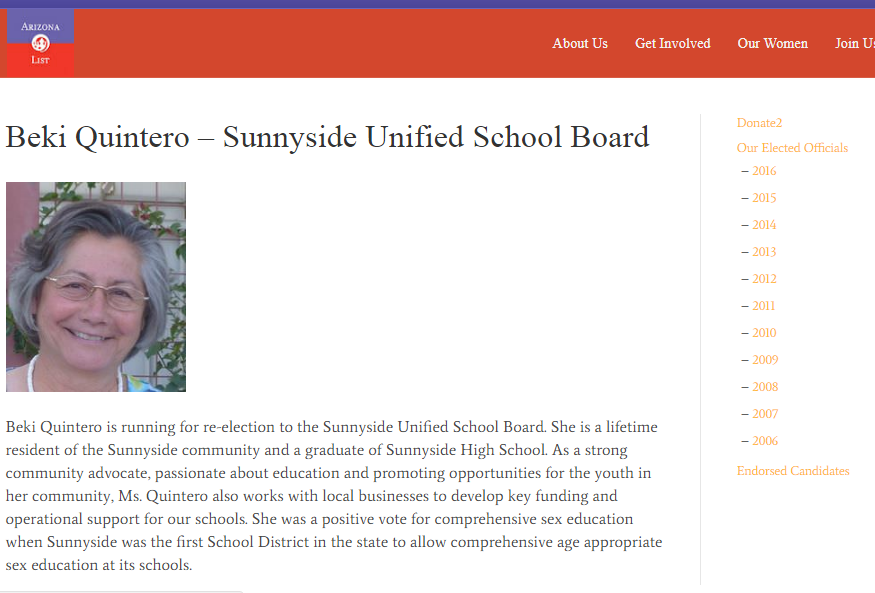 Arizona State Legislator, Daniel Hernandez, is still a member of the Sunnyside Unified Governing Board in his spare time.  He will not be seeking another term this fall, but his sister, Consuelo, is running to keep it all in the family.  There’s your irony–Daniel has a sibling to take his place and continue his Planned Parenthood legacy because his mother chose life for them both.

Recently he made a spectacle of himself during discussion of a bill in the Arizona State Legislature that was created to help women who choose abortion.  Instead of discussing the bill,  he used every opportunity to pontificate for sex ed in schools, as though subjecting kids to the curriculum above will solve everyone’s problems.

Ironically, Ms. Vicki Hadd-Wissler, the Planned Parenthood employee who delivers their curriculum to schools, could only muster a small political contribution to Hernandez.

What is troublesome is Arizona Cardinals President Michael Bidwill, who was raised Catholic, wrote a nice check to Mr. Hernandez in November:

Maybe there are more reasons to boycott the NFL this fall.

Planned Parenthood and the Arts: Is this Combo in Your City?
Condom University, AKA The University of Arizona