Early this summer, the Reading, Pennsylvania school district was surprised at their community’s opposition to allowing a Planned Parenthood clinic in the local high school.  Because of the negative feedback and protest outside the district office, the Reading Board of Directors put the idea temporarily on hold.  Now the issue is back.  School boards never take NO for an answer, Planned Parenthood makes sure of that.

The next rally will be Wednesday, August 16th at 5PM (one hour before the meeting starts) in front of the district office.

The Committee of the Whole will again discuss Planned Parenthood’s invitation.  The district’s Superintendent, Dr. Khalid Mumin, developed a relationship with Planned Parenthood at his last post in Maryland.  He may want to familiarize himself with a few facts and the liability he will bear if Planned Parenthood goes to school. 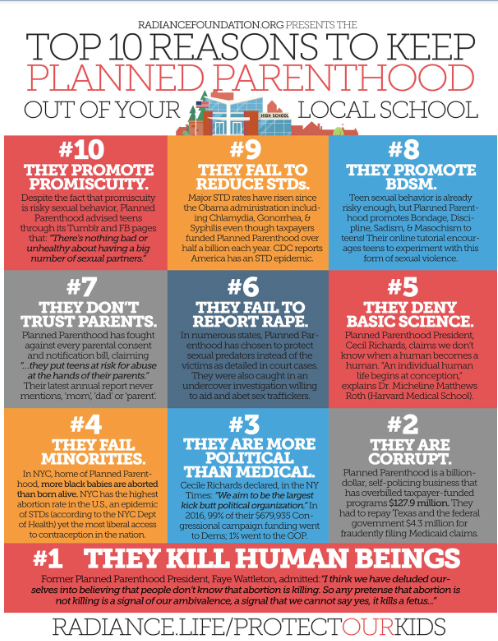 Protestors will be pressured to stay home if they don’t currently have a child in the Reading district.  This is a scare tactic which holds no merit.  Taxpayers have a stake in the community whether they currently have children in the district or not.  Also, the Planned Parenthood program will be administered through a state program called AccessMatters, which is funded by Pennsylvania taxes.  Therefore, all those in the Keystone State have a horse in the race.

If WE don’t stand up for our innocent children, who will?