Over the last few years, we have been focusing on school boards and local politicians pushing Planned Parenthood in our schools, but now we know how Abortion, Inc. is getting in through the back door.

Planned Parenthood Arizona has gotten some email addresses of Paradise Valley Union School District employees and they are sending emails on a regular basis to those employees to promote themselves, fundraise, complain about President Donald Trump, prop up the Democrat Party and its agenda, and spread false information.

The reason we chose to look into this particular school district in the North Phoenix/North Scottsdale area is some chatter we heard about the district not being forthcoming with their sex ed curriculum.  It appears some changes were pending in 2016 and the community wasn’t involved.  Note to Paradise Valley School District Parents:  That is the modus operandi when school districts look to adopt policies that don’t conform to most peoples’ values.

It is ironic that Planned Parenthood consistently fools the public into thinking their curriculum is “medically accurate”.  Nothing is further from the truth than this email sent by Planned Parenthood’s CEO Bryan Howard to an employee of Paradise Valley Schools. 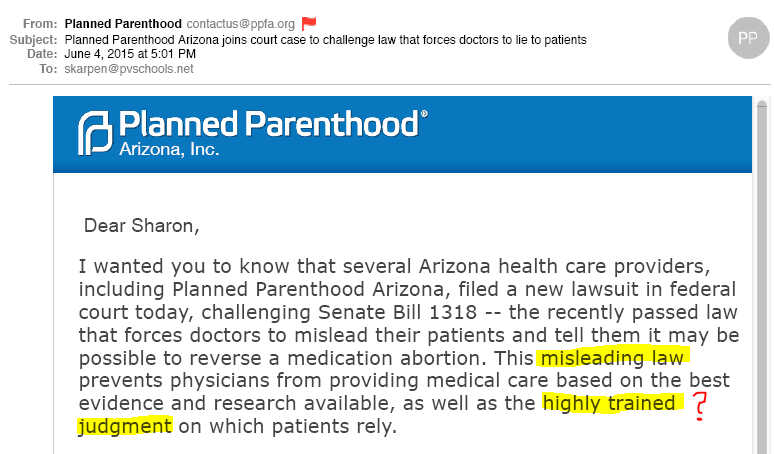 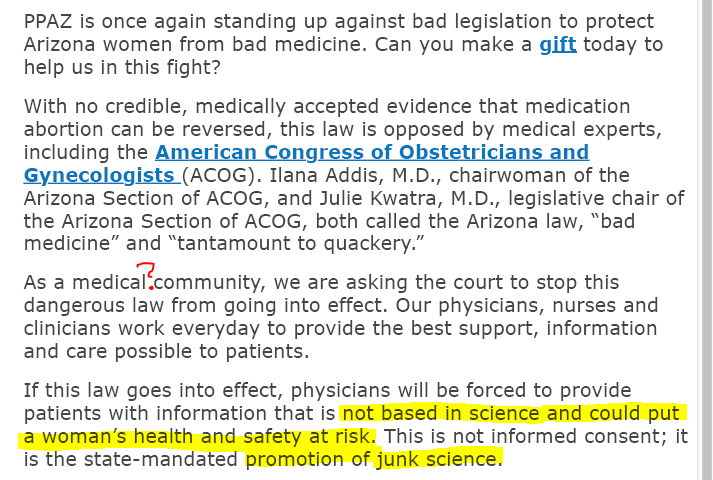 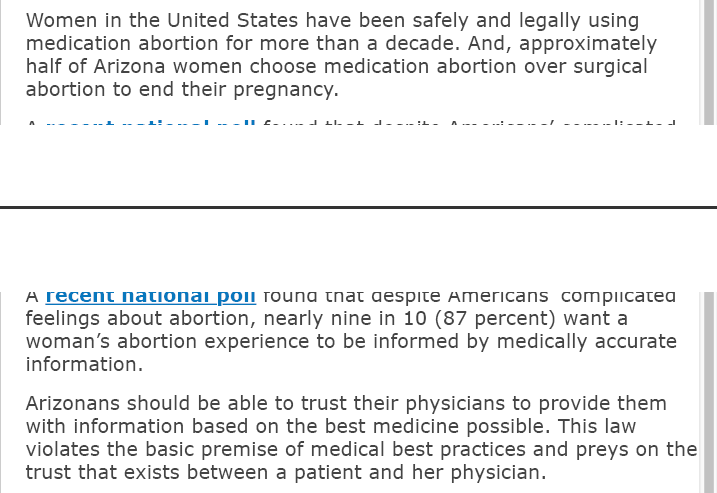 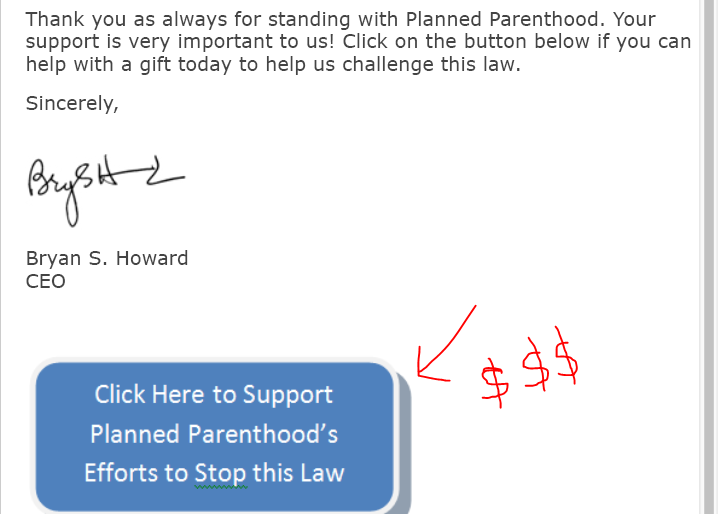 Let’s talk about CEO Howard’s “junk science.”  The Abortion Pill Reversal (ABR) process is rather new, but that doesn’t make it junk.  This link explains the process along with success stories and a contact number.  The number of successful cases is climbing and if Bryan Howard would like, we can introduce him to some of the babies born after his RU-486 pill is reversed.  Will he call these children junk?

Does “medically accurate” Planned Parenthood share this piece of information with schools and their students:

The full article from The Daily Signal and The Family Research Council can be read here.

Sadly, Planned Parenthood is using some of that $1 million/day tax money they receive from our paychecks to solicit government employees for empathy, fundraising, and promotion of their sex ed curriculum.  Kids and families are under attack on every front.  Look at your pay stub and your property taxes and remember some of that money is going to secure Bryan Howard’s job at you and your kids’ expense.

It appears Over $200,000/year Salary Planned Parenthood CEO Bryan Howard is trying to keep school districts from knowing the truth about medically accurate science.  His goal must be to continue to pull the wool over the eyes of vulnerable teenagers and their caring teachers.  Since medication abortions now account for about 1/3 of all abortions, Howard can’t afford to take a hit–he might have to give up his luxury car.