Thanks to a parent who visited Pendergast School District in West Phoenix to review a new curriculum which is being voted on September 20th.  “Draw the Line/Respect the Line” targets 6th-8th graders.  Most of the material for 6th grade is pretty benign and stresses ways to say no in uneasy circumstances, like drinking alcohol, smoking, and stealing.  The ideas are good and can be used for future, even more dicey situations.  If the curriculum ended there, that would be great.

However, curriculum developers and sales people know what they are doing. The makers of Draw the Line have put together a curriculum to be used in grades 6-8, not just 6th grade alone.  Therefore they can insert subtle messages into their agenda as the classwork moves on.

The curriculum is developed by ETR, which will be addressed in a subsequent article.  For now, we will focus on those who provided material for ETR to produce and sell to Pendergast Schools.  As noted in a previous post, Pendergast Board member Martin Quezada is a Planned Parenthood candidate, both for the school board and as an Arizona State Senator in LD29 in Phoenix.  However, Planned Parenthood isn’t listed as a resource for Draw the Line/Respect the Line.  Did Mr. Quezada let Planned Parenthood down?

Not at all.  As it turns out, Planned Parenthood has its fingerprints on Pendergast’s potential sex ed curriculum.  Here are the authors: 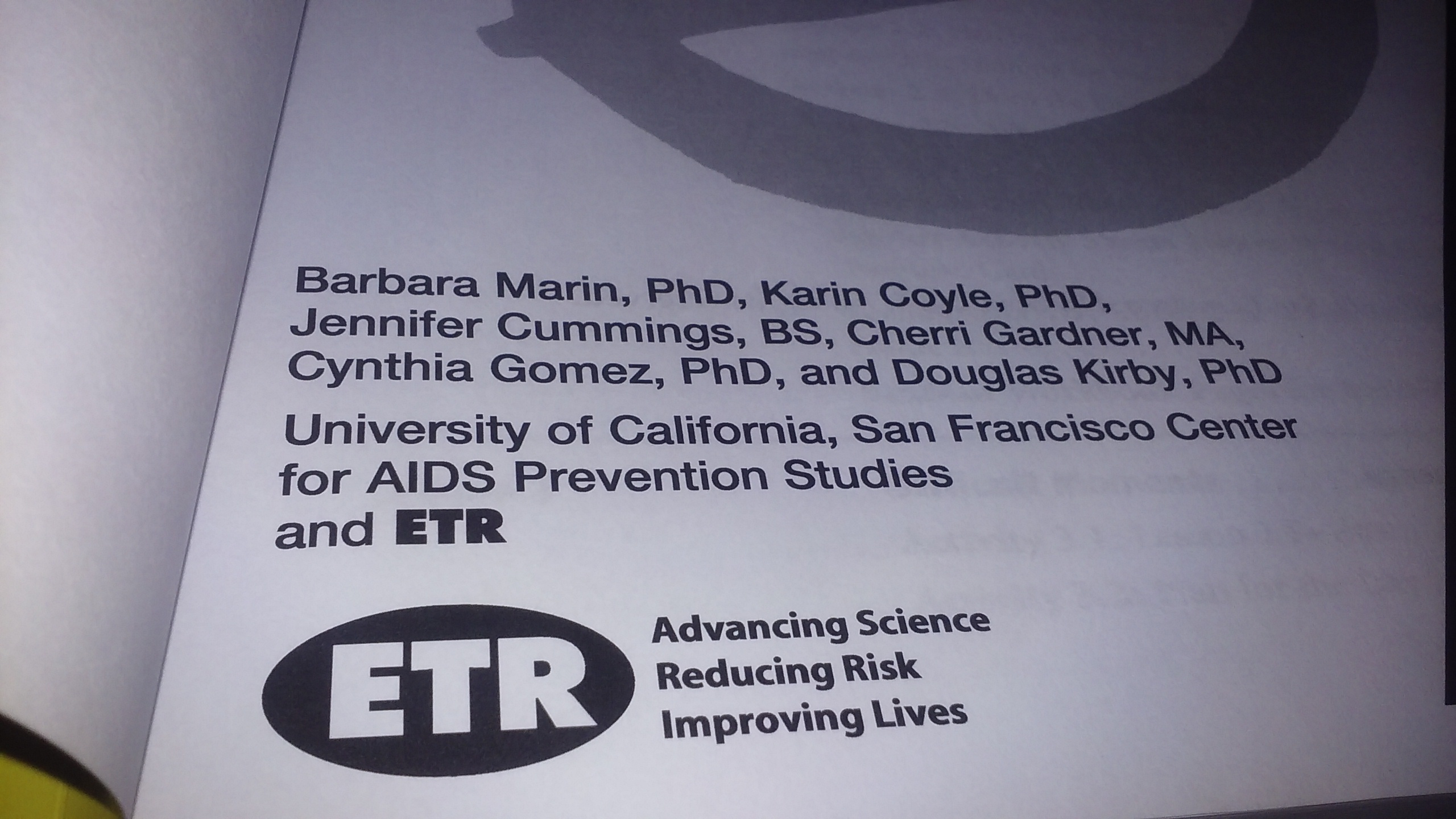 And there is this picture of a happy Dr. Gomez at a Planned Parenthood Leadership Summit last fall:

Next is sex education guru Douglas Kirby, PhD., who also appeared to never turn down a Planned Parenthood opportunity.  He was also a researcher for SIECUS, the dangerous organization which provides non-Constitutional national sex ed guidelines for American schools.  Quick google searches show may links to Dr. Kirby together with Leslie Kantor, Planned Parenthood’s Vice President of “Education”.  No bias in their research, right?

There is also a bigger problem with the 8th grade curriculum being considered in Pendergast.  We know Planned Parenthood always says they supply medically accurate education.  But since Planned Parenthood has influenced Draw the Line/Respect the Line, the material is not accurate.  Here’s how they describe the IUD:

The above inaccurate description of how an IUD works avoids the truth–an IUD actually prevents a fertilized egg, therefore a human baby, from implanting in the uterus.  Here’s a description from WebMD:

The misleading statements by the ETR team providing the sex ed serves two purposes.  It misleads the students into thinking the IUD is pretty harmless.  Second, it avoids any talk about abortion in the classroom, which is restricted in Arizona schools and not looked at fondly by many cultures in the United States.