Many people balk when parents complain about schools and governments mandating programs for their children, whether it be what they can eat at lunch, immunization requirements, standardized tests, sex ed, and federal curriculums like Common Core.  Those who disagree with these parents’ apprehension often criticize them as being overly-protective, not educated about the benefits of the mandates, or just simply troublemakers who should find something else to worry about.  Additionally, these parents are also accused of not wanting the best for all the kids in the system.

Meet Dr. Richard Pan, State Senator from District 6 in California.  He’s a pediatrician and serves in the legislature in the Sacramento area.  One would think he has great goals and objectives to assist children in California, especially since he is a well-educated pediatrician.  What can go wrong?

Dr. Pan is supporting the California’s Children’s Bill of Rights.  While the title sounds safe enough, in reality the bill will allow government officials to make decisions for the state’s children, even children who have dedicated parents and guardians.  The following is a copy of Dr. Pan’s bill, with a few words highlighted that should give California parents pause. 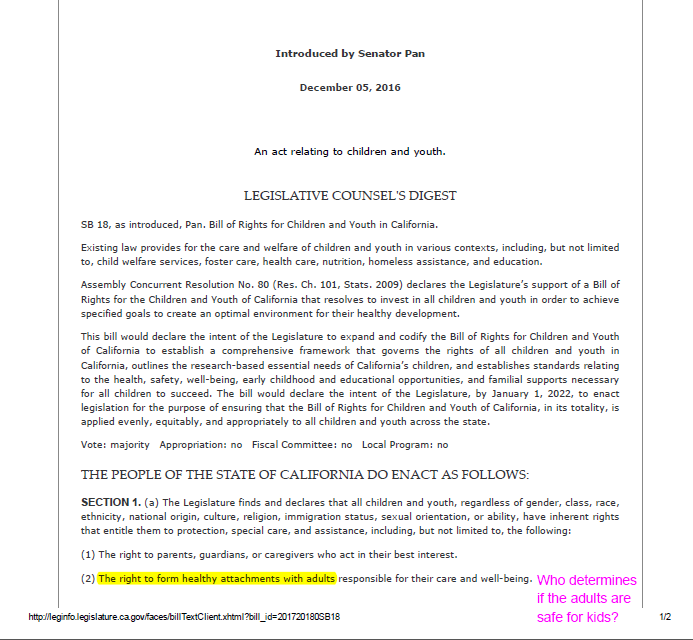 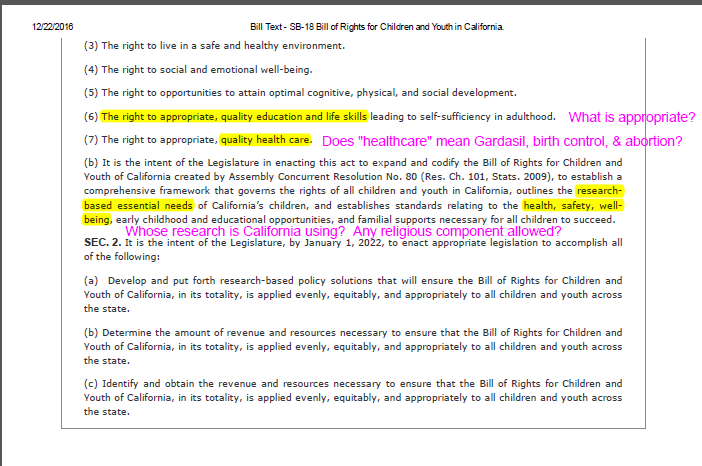 One would hope Dr. Richard Pan has the best interests of children and families in mind, but since he is endorsed by Planned Parenthood and the pro-abortion, anti-family lobby, he can’t be trusted to authorize California’s government to make decisions for anyone’s children.

One of the “services” Planned Parenthood supports is vaccinating young children with Gardasil, which is supposed to protect the kids from cervical cancer.

Dr. Richard Pan thinks vaccinating girls with Gardasil is necessary, despite the growing evidence the vaccine may have side effects.

Dr. Pan also does not believe in any religious exemption for Gardasil or any other vaccine.  He’s smarter than all other parents in the state of California.

Dr. Pan ignores the First Amendment of the Constitution and forbids parents from making personal decisions that should be between the doctor and patient.  (Isn’t that Planned Parenthood’s tag line?) 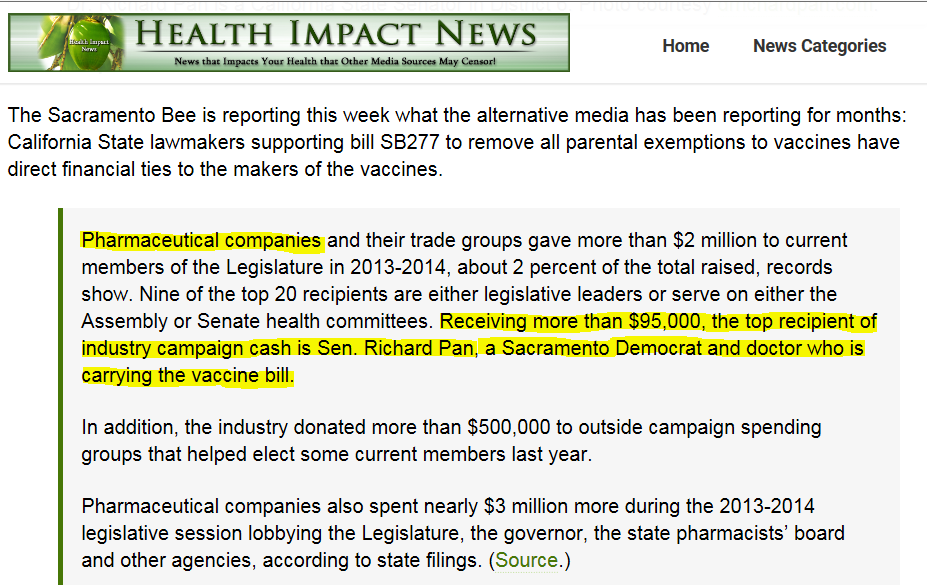 There have to be some adults in California who value their role as parents.  Let’s hope they come forward and vote Dr. Richard Pan and others like him out of office.  And for parents in other states, keep your eyes open.  Similar legislation may be in your future.