We wondered how long it would take for parents of school children, especially those in government-funded public schools, to wake up to the fact their children are being taught by Planned Parenthood and their partners GLSEN.  It appears one mother has had enough and the sit-out is scheduled for next Monday, April 23rd.

On a side note, we feel if parents choose to send children to school and not homeschool, those kids should be in school.  The marches and protests during school hours (by both students and teachers) are getting out of hand and the kids are being used as political pawns.  This is no different.  However, if the kids are not sent to school in the first place on April 23rd, the schools won’t get any funding for them that day.  Maybe that would get the attention of school administrators.

Back to the sit-out, not surprisingly it took a homeschooling mother to draw attention to the problem in public schools.  It is likely her local school districts would like her to sit down and shut up, after all she doesn’t have children in the system so she should mind her own business.  However, she is paying taxes to fund those districts.  Also, all of us pay federal taxes, taxes which then are sent to Planned Parenthood and many other grants that prop the abortion mill and GLSEN.  One look at GLSEN‘s front page of their website tells you all you need to know.  Why are they indoctrinating students?  Who is letting them in the front door? 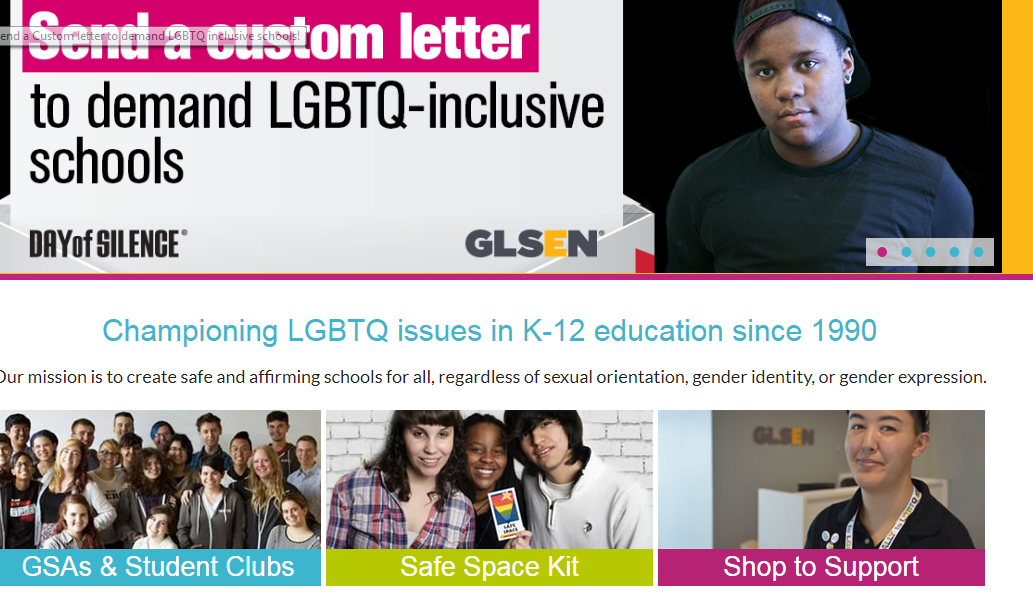 How many parents are informed about sex clubs in their schools?  Some parents may be okay with it, but others definitely would not be.  Either way, is this what we are sending our kids to learn at school?  Some would say they are going to learn this stuff so let the schools handle it.  Wouldn’t it be better for kids to learn about alternative lifestyles in the context their parents would like to share with them, whether culturally or religiously?

If any readers have doubts about what is going on in schools, here is a quick video to share with everyone you know.  There is a war on children and it’s too bad this doesn’t get 1/100th of the coverage the Parkland, Florida students have gotten.  Here is another link to some additional detailed information about what is going on in your child’s schools.  Those of you in Arizona who think your laws are protecting your kids, think again.  Planned Parenthood is laughing all the way to the bank because parents are paying no attention.  This was evident on April 9, 2018 at the Arizona State Legislature.  Stay tuned as we will be sharing some information about the Planned Parenthood push coming from lawmakers in downtown Phoenix.

Meanwhile, if you decide to keep your children home on April 23rd to protest sex ed in schools, politely email or call your principal and teachers and tell them why.  Also if you have a chance, let your school board know why.  An email to them or a few sentences during public comment at a school board meeting makes it public record and they won’t be able to deny the reasons why your children stayed home.  Many teachers may be really excited to know they are not alone as they are squeezed into the Planned Parenthood corner.