Popular buzzwords in education discussions include “local control.”  The United States was founded on this principal, and it’s refreshing when school boards actually listen to those who fund them and make every attempt to work with them on the issues at hand.

As you may recall, there was a resounding “NO” voiced at the Sex Ed Committee meeting at Tempe Union High School District (TUHSD) on January 7, 2014.  The purpose of this meeting was to allow Planned Parenthood to present 90 minutes of curriculum for the committee to peruse.  About 160 people against Planned Parenthood packed the district’s board room.  There were a handful of citizens who spoke in favor of the controversial curriculum.

The ratio is not surprising.  What is curious is who wrote one of the supportive emails.  The author was not local, he was from Tucson.  Wow, Tucson strikes again!  Why would a guy in Tucson care about whether David Schapira supports Planned Parenthood in Tempe?

The email in question was written by Keith Kaback, MD.  He must be smart; a school board member should take a medical opinion seriously.  Unless the good doctor has a special interest in the subject matter……..

The following screenshots were taken from a Guidestar report of Planned Parenthood of Southern Arizona, which included financial data for 2003-2007. 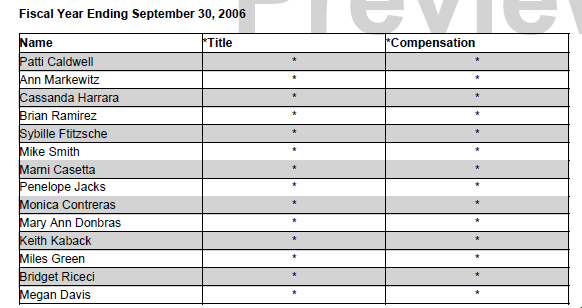 Wait, there is more:

More recently, Dr. Kaback has found another hobby.  When he is not practicing medicine, he is the Director of the Arizona Chapter of Population Media Center.  “Population”, the code word for all the world’s problems, which means everyone of any age everywhere should be subjected to artificial, non-organic birth control and, of course, abortion despite an individual’s moral or religious convictions.

Here’s a cool presentation by Arizona’s PMC in conjunction with The University of Arizona.  Currently, the United States is in numerous wars, many are without jobs, health insurance is in limbo, terrorists are running rampant worldwide, but Dr. Kaback thinks it’s important to present a drama about 500,000 condoms saving the world. (Arizonans, the next time the state’s universities ask for more money, remember this.)

While it was nice that Citizen Kaback took the time to contact TUHSD and share his opinion, we now know he has a financial stake in Planned Parenthood’s mission.