Normally this site is dedicated to highlighting those dedicated to corrupting school age children with Planned Parenthood and its agenda.  Currently there is a situation in Arizona involving graduate students at The University of Arizona.  Because these are students being trained with state revenue, the situation needs to be addressed. 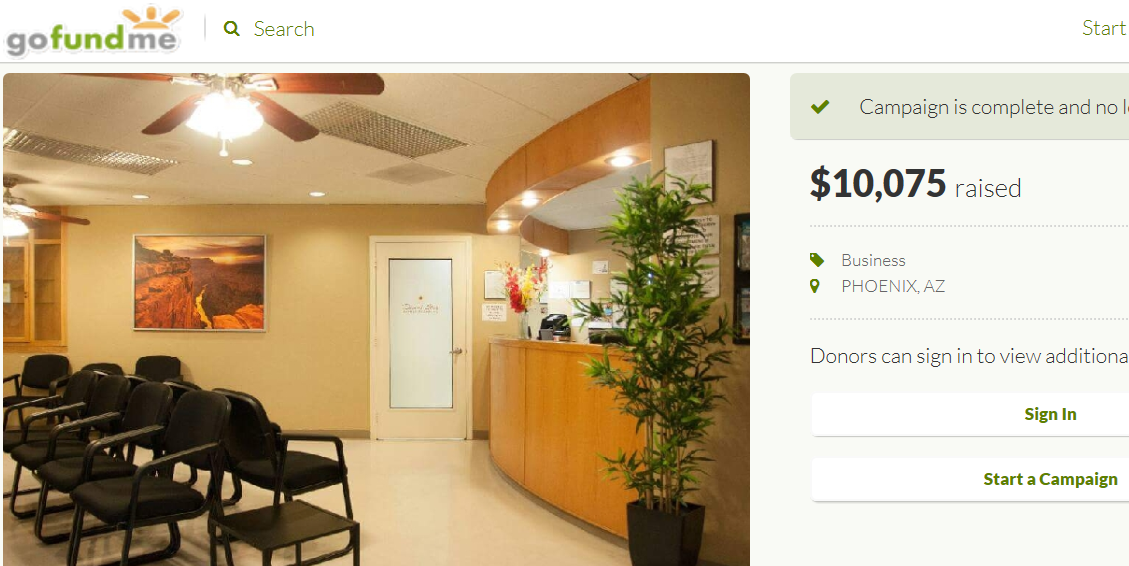 This abortuary had been owned by another man originally, and eventually Taylor took it over.  It is curious she had to beg for money when we constantly hear the industry needs more abortionists and Planned Parenthood’s chief tells the public there is such a demand for their “needed” services. 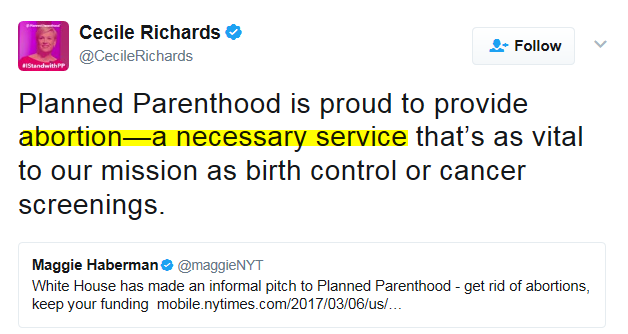 We realize Planned Parenthood has name recognition, but some women purposely choose to use a private abortionist so there should be plenty of clientele for Taylor in the growing metropolis of Phoenix.

Fast forward to December of 2016.  The Huffington Post had to get into the act when the election of Donald Trump sent chills down the spines of the abortion industry.  Planned Parenthood and company were fearful they would lose funding.  Things were so financially tight, they spent millions to advertise during highly watched Fox News programming urging viewers to contact Congress and ask them to not defund Planned Parenthood.  (Little did anyone know the new GOP Congress is missing a few spines so it appears at this time they have nothing to fear and federal $$ will continue to flow to Planned Parenthood.)

The Huffington Post’s article recommends Desert Star Family Planning as a clinic in Arizona in which to send donations.

Okay, maybe abortionist Taylor is having some financial problems despite the perceived demand for abortion and birth control.  Recently she posted a note on her Facebook page she would soon be training University of Arizona medical residents to do abortions. 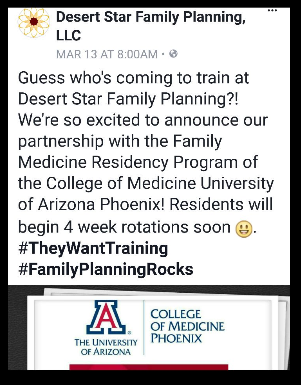 This is curious because long ago there was a legislative decision made barring U of A from doing abortions.  Did Taylor find out she can circumvent the law by training the residents in her abortuary in Phoenix?  Is she getting paid to train the residents or is she training out of the goodness of her heart?  If she is getting paid, is the money coming directly from the residents or via state taxpayers?  Arizona taxpayers may be miffed that Arizona medical students are getting trained to do abortions while being taught to be doctors with taxpayer dollars.  Perhaps the Arizona legislature may want to address this loophole.

Speaking of loopholes, “Dr.” DeShawn Taylor was caught on a treasure hunt looking for more income.  Earlier this week, a video was released where she was discussing selling baby body parts.  Wow, she is quite a fundraiser in her spare time.  In the video, she mentions when babies are born alive after an abortion in Arizona attendants are supposed to try to save the baby.  Taylor knows Arizona law, but there must not have been enough teeth in the current legislation.  Ironically, on the same day Taylor’s video was released, the Arizona legislature passed SB1367, a reinforcement which mandates any baby born alive after an abortion in Arizona must be given basic medical care.

Arizona taxpayers now know they are funding medical students who are partnering with an abortionist in Phoenix who has considered selling baby body parts, while complaining she must keep babies born alive…well…..alive, and unfortunately for her the Arizona legislature has reinforced the law as such.  What will be DeShawn Taylor’s next quest for money?

It’s Worse in Alberta, Canada Than We Thought; Maybe Help is on the Way
Arizona Governor Candidate Poses a Threat to Families, School Choice, and Children