Last summer we visited the district office in an effort to view their sex ed curriculum.  After getting the runaround, we requested an extensive list of public records from January 2013 through October 0f 2017.  We only received a few emails from 2014.  Why did it take over three months to send us only 16 pages of emails requested for an almost five year window?  Are we to believe these emails were the only contact PUHSD has had with Planned Parenthood in the last five years?  If the district had been up front with us last summer and actually presented their complete curriculum and given us more than 10 minutes to review it, we may believe they have nothing to hide.  More on that in another post.

With the discovery of Brave New Films entering the Phoenix Union District, we decided to check them out.  While it appears supporting illegal immigrants and no border policies have nothing to do with abortion, it is actually all intertwined.  The common denominator is there is no registered Democrat in the Oval Office at this time.  For that reason, any policy position President Donald Trump takes will be #resisted, and loudly.

Imagine if a group of fundraisers made money implying President Obama had mental health issues while president.  The Resistors are making so much noise they don’t listen to their own hypocrisy nor rational arguments to the contrary.  But it doesn’t matter because in the process they receive large donations to create more Resistance and noise.

While scouring Brave New Film’s website, it is evident the producers have indeed gone down the pro-abortion road, even though the controversy has nothing to do with immigration.  Here is a link to the pro-abortion propaganda they wrote.  There’s a big problem if this video is shown in PUHSD’s schools.  Arizona law requires curriculum in public and charter schools be pro-life or pro-adoption.  Where is the curriculum to bring this video and attached petition in compliance with the law?  If this film ends up on the screens in a Phoenix Union classroom, we won’t know if pro-life/adoption curriculum exists because we were not really allowed to review the sex ed curriculum.

Any teacher or administrator is free to protest on their own time.  However, government-run and paid for schools are not meant to be a tissue culture lab to propagate protesting minors.  No big deal.  There appears to be complete lawlessness in Phoenix Union.  How did Maya Greenwald from Brave New Films get the email addresses for 198 educators in the district? 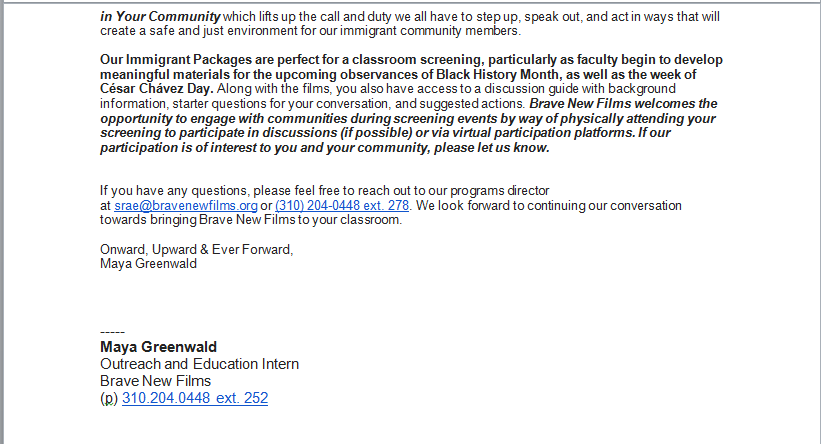 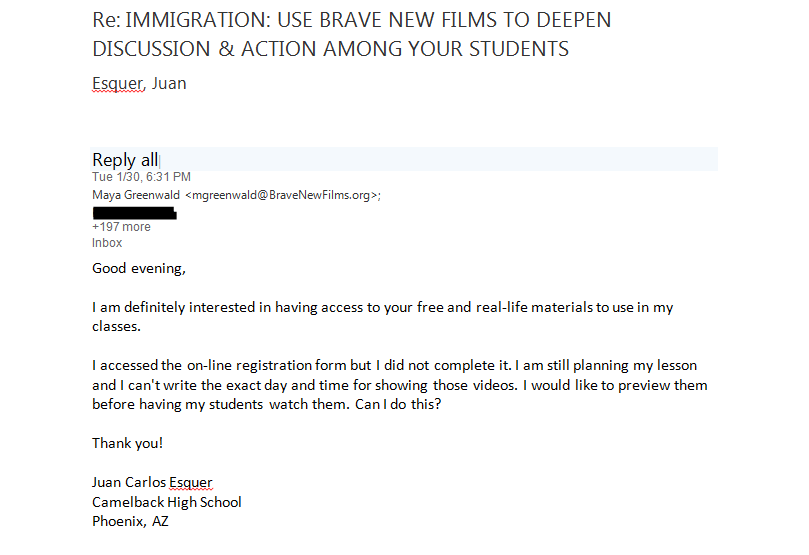 Those whose kids are in Phoenix Union High Schools, it’s time you get involved.  You need new leadership on your school board that will clean up the administration in every school in your district as well as at the District Office on Central Avenue.  You need to do some research to see what money is changing hands to accommodate this activism that does nothing to prepare students for college and careers.  And you need to see what laws are being broken regarding the teaching of sex ed.  It’s your tax money, but more importantly, it’s for the children.

2 Responses to More Questions Swirling Around Phoenix Union High Schools–What Are They Hiding?