Newly-elected Senator Sean Bowie was successfully groomed to grab one of three seats in Legislative District 18 in the Arizona Legislature.  Of course, a big supporter was Planned Parenthood.  Mr. Bowie had no leadership experience, so he had to be propped up somehow.  This year in particular, the Arizona Democrats took it upon themselves to be the “education” Party in Arizona.  The electorate knows the Democrats are to blame for the mess in public schools, but voters beat a dead horse by trusting them with childrens’ futures over and over again at the ballot box.

Senator Bowie decided to come up with his own slogan for the 2016 State Senate Race: 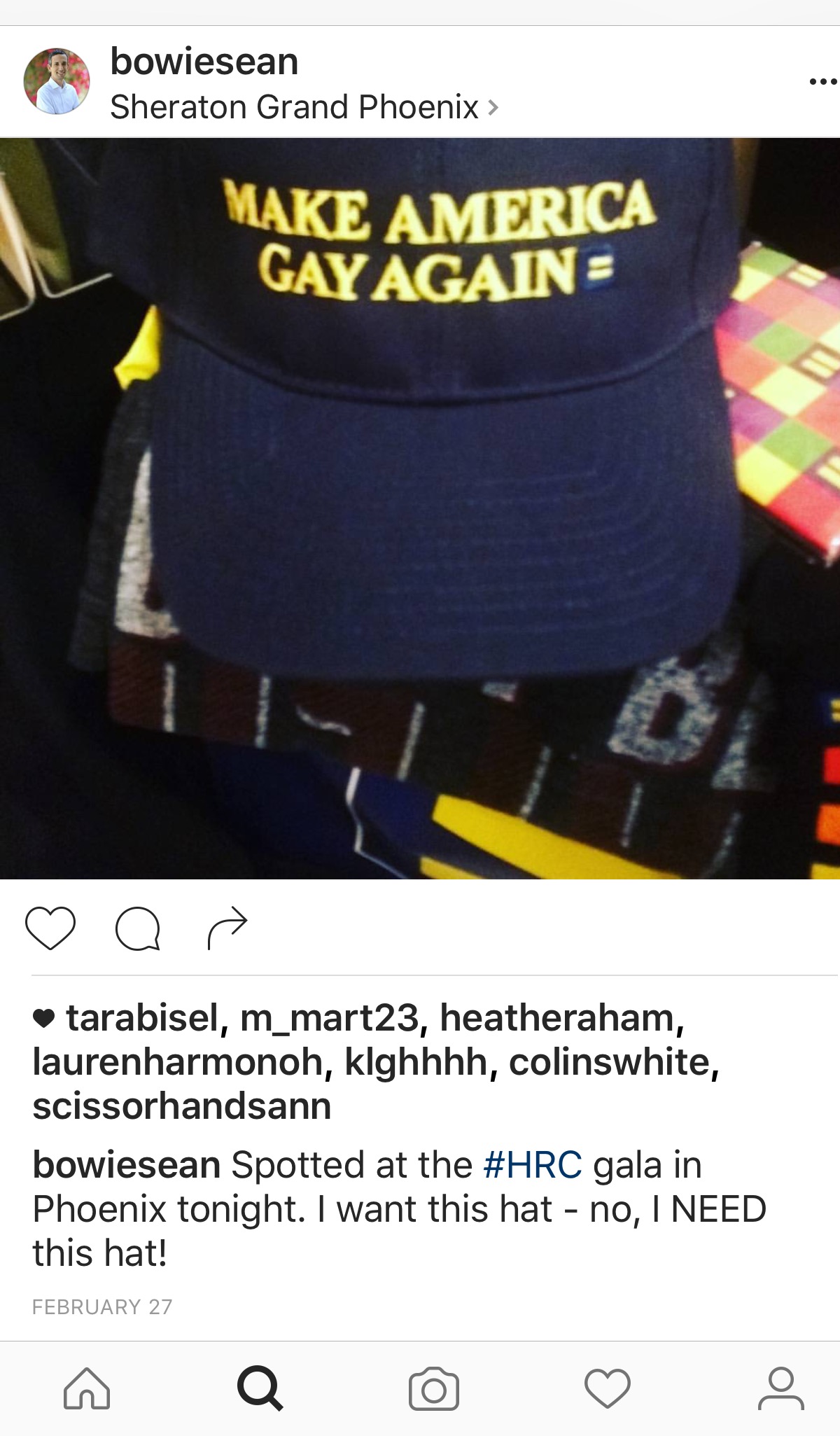 Identity politics, the never-ending trump card used by Democrats to sprinkle guilt on voters.  Instead of referring to the Constitution, protecting citizens, and supporting freedoms,  Bowie uses this opportunity to do Planned Parenthood’s bidding.  Next month we will likely see him support explicit sex ed bills in the Arizona legislature, with Planned Parenthood’s blessing.  They don’t support candidates without getting something in return.

Senator-elect Bowie wants to reach across the aisle (which means eliminate current laws protecting children) while not answering to special interests:

Very well, has Bowie informed the organizations in yellow he won’t be supporting Planned Parenthood sex ed and the LGBTQ agenda in schools? 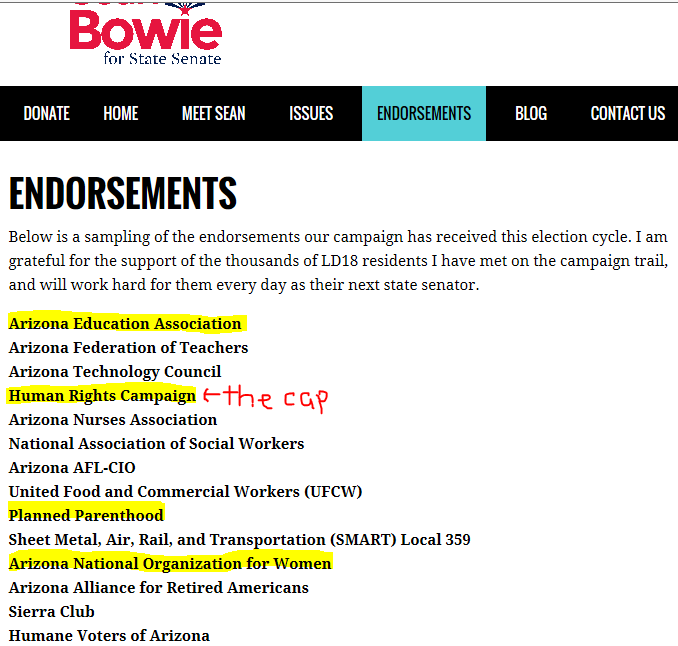 Next month we welcome a new president who has promised to “Make America Great Again.”   Does Sean Bowie feel America will only be great if it is gay?