Arizona’s Legislators work extremely hard to keep the state’s public and charter schools safe by promoting traditional family values that have proven successful over the course of history, only to have all their work undone right under their noses.

In southern Arizona, there is a small town by the name of Sahuarita, located in Pima County not too far south of Tucson.  According to minutes from a Sahuarita School Board meeting at the beginning of academic year 2016-17, Walden Grove High School has developed a relationship with GLSEN, a “non-profit” organization which tasks itself to promoting LGBTQ clubs and activities in K-12 schools, whether or not parents approve.  By spreading its agenda through long-established entities that form children, GLSEN continues to add fuel to the fire the organization has manufactured.  This never-ending process lines the pockets of GLSEN’s leaders and ultimately politicians.

So why is this a problem in Sahuarita Schools?  Arizona has a law on the books that heterosexual relationships are to be taught as the norm in schools.  The issue is not whether Sahuarita Schools likes the law or not, laws must be followed if they are on the books.  It is curious why some school districts feel they are above these laws.

According to the August 10, 2016 Sahuarita Governing Board minutes, GLSEN Tucson donated 40 shirts in adult sizes to Walden Grove High School.  These shirts were to be used for the National Day of Silence to promote comradery with LGBTQ students.

Also, it appears one of Walden Grove’s teachers requested permission to travel to Washington, DC for a seminar hosted by GLSEN.  Mr. Benjamin Lebovitz teaches in the Fine Arts Department at Walden Grove.

Here is his request as posted in the August 10, 2016 Governing Board minutes regarding his attendance at a GLSEN Summit.

The relationship between Walden Grove High School and Tucson’s GLSEN isn’t accidental.  It turns out Mr. Lebovitz is the director of GLSEN Tucson.  Here is an article in Tucson.com about a survey which was designed to promote GLSEN’s agenda–that everything else in the world is upside-down except them.  In it, Benjamin Lebovitz is noted as the Chair of GLSEN Tucson.

We have attached a link of the application Mr. Lebovitz would have filled out for the GLSEN Summit, which was to provide training to be an advisor for his school’s GLSEN club.  There was no cost to the district; it appears even his travel and substitute teacher costs would be reimbursed by GLSEN.  Remember all those GLSEN partners, like Target stores who allow men in girls’ bathrooms?  When you support GLSEN’s partners, you are paying for summits like this and related expenses.  Then the participants return to your kid’s school with a plan of how to indoctrinate the kids, staff, and the entire school district, using your money against your values.  Along those lines, since this curriculum falls under Comprehensive Sex Ed, is Walden Grove High School mandating parents sign permission slips to participate in the GLSEN Club at the school as required by Arizona law?  Sex Ed in Arizona is opt-in only.

Here are a few of GLSEN’s partners we as a society purchase products from regularly:

It should be noted that the summit Mr. Lebovitz attended was sponsored by the National Education Association (NEA), the teacher’s union.  The NEA has long supported GLSEN and Planned Parenthood, whose curriculum supports GLSEN’s goals. 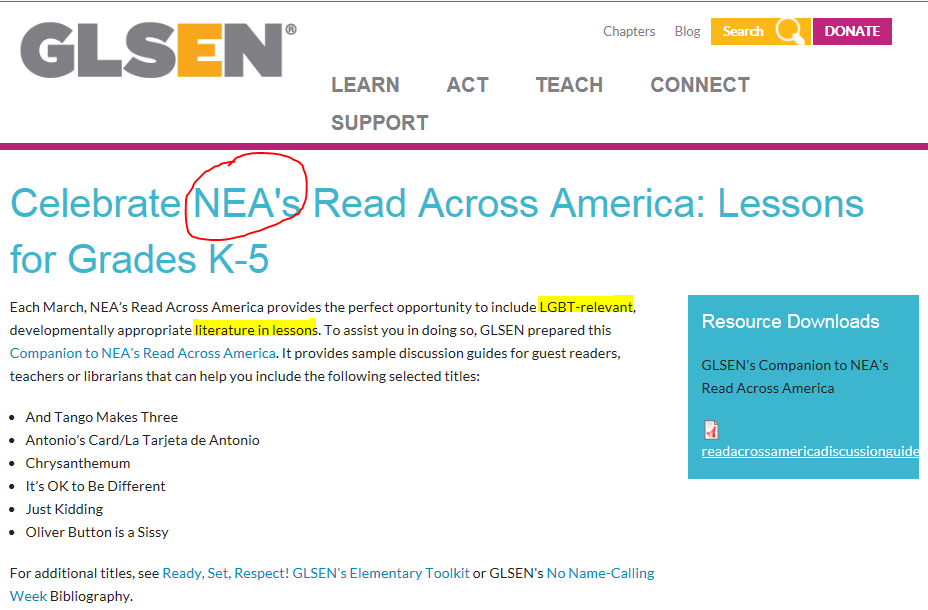 Why is GLSEN developing curriculum for your town’s schools?  Here is a link to some curriculum and book ideas for grades K-5 discussed in the screenshot above.  These examples of what GLSEN is teaching very young children is cause for alarm, especially since they want to start teaching LGBTQ at birth: 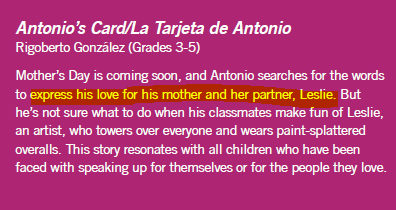 If GLSEN is using your neighborhood schools you pay for to teach controversial and dangerous misinformation to your little kids, what did they teach Mr. Lebovitz to share with his high school students in Sahuarita School District?  Similarly, the Boy Scouts just changed their standards–is this the material which will be taught in this once-great organization?

It is obvious GLSEN is normalizing an alternative lifestyle.  They can teach what they want, but not in Arizona schools paid for by Arizona taxpayers without Arizona parents’ permission and while Arizona has a law to the contrary.