Nevertheless, many parents are choosing parochial schools, assuming the culture is safer for their kids and the teachers and administrators have imposed safeguards to protect the kids.

However, a Christian school in Arizona who uses tablets for lessons was recently caught with a gay pride advertisement on the students’ education devices.  Thank you Pearson Education.  How did the LGBT agenda end up in Pearson’s math lesson?

Bill and Melinda Gates are well known for their wealth and their Gates Foundation.  Bill Gates is a player for the Pearson/Common Core team.  He is smart enough to not pass up an opportunity to make a buck, seemingly with no regard for who is affected.  When people hear of the Gates Foundation they think of a global organization which helps the poor and supports education worldwide.  Here’s the problem, Bill and Melinda Gates are tight with Planned Parenthood.  It’s not just your local school board contracting with Planned Parenthood, The Gates Foundation, United Nations, and many other worldwide organizations are pushing Planned Parenthood’s values, or lack thereof.  (For more details on the global war on families, follow Family Watch International.)

Back to a Christian School in Arizona.  A local parent took to Twitter to share her dismay.  She pays good money to send her child to a religious school.  Here’s what she found: 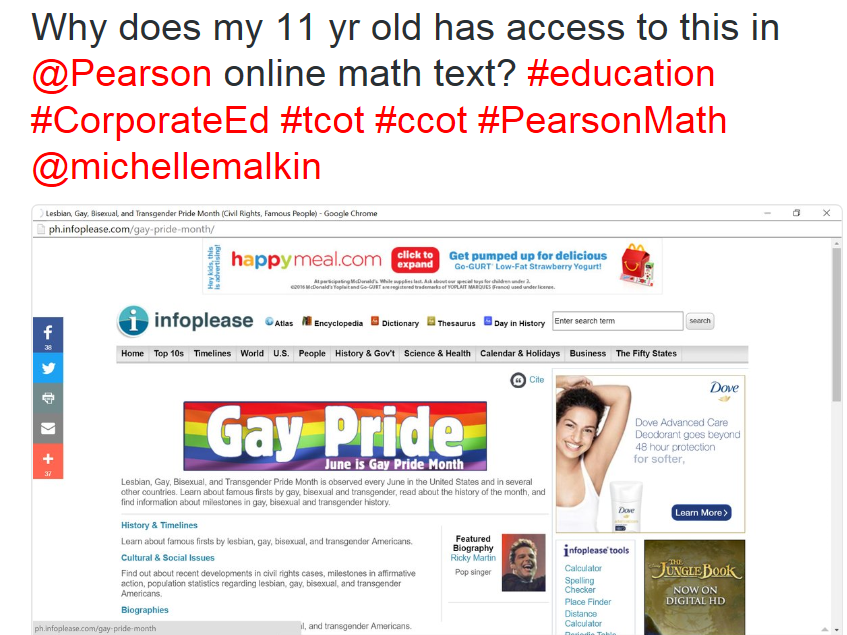 When we asked the parent for more information, here is her response: 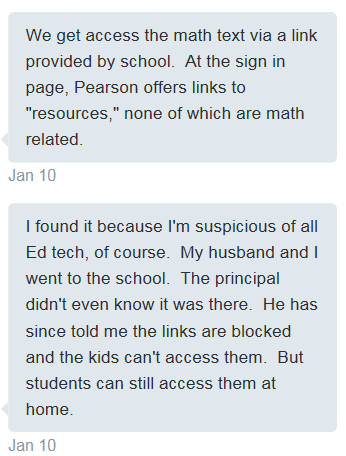 As usual the administration, public or private, does not realize the ramifications of the curriculum they use and the electronic devices they mandate.  Is it an accident Pearson who is partnered with the Gates for Common Core is also promoting the LGBT agenda just like Planned Parenthood who receives donations from the Gates Foundation?

Melinda Gates has been rumored to be Catholic, but it is not clear if she is currently practicing.  Her Wikipedia listing describes her Catholic upbringing. 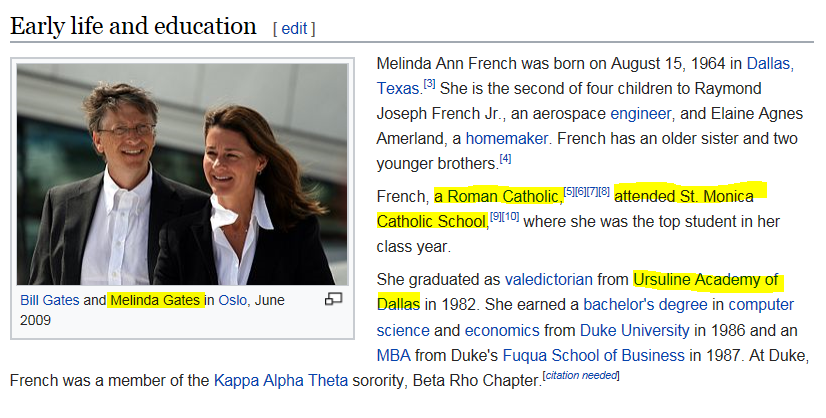 It appears Mrs. Gates does not have her priorities in order–money and fame seem to have clouded her decisions.  Thankfully St. Monica, the St. Monica of her elementary school, never gave up so here’s hoping she is praying for Melinda Gates from heaven.

In the meantime, it is clear this is no time as a parent to ditch your responsibility to monitor everything coming out of your children’s schools–public, private, charter, parochial, or home school.  The school boards and principals we are paying rarely spend the time needed to monitor curriculum.  Don’t believe what they tell you, check it out for yourself.

Parents in California May Be Removed As Parents of Their Children
Maricopa County Denies it is Partnering with Planned Parenthood…….Well….