Here we go again.  Another school district is about to vote on a controversial sex ed program (they call it “Human Growth and Development” or something fancy so parents don’t catch on).

Right now Planned Parenthood is suffering from a plethora of negative media coverage due to their selling of baby body parts, support for abortion until full-term, and the release this weekend of “Unplanned”.  The Pink walls are talking and because of this, the money-grabbing, top-heavy administrators are having to find an alternate way to worm into schools.  This time it’s through the LGBTQXYZ agenda.  Gay and transgender education are being pushed as a necessary curriculum for little kids–it has virtually wiped Common Core off the educational headlines.  Maybe that was intentional, to create another crisis so the community is distracted and Common Core can fester. 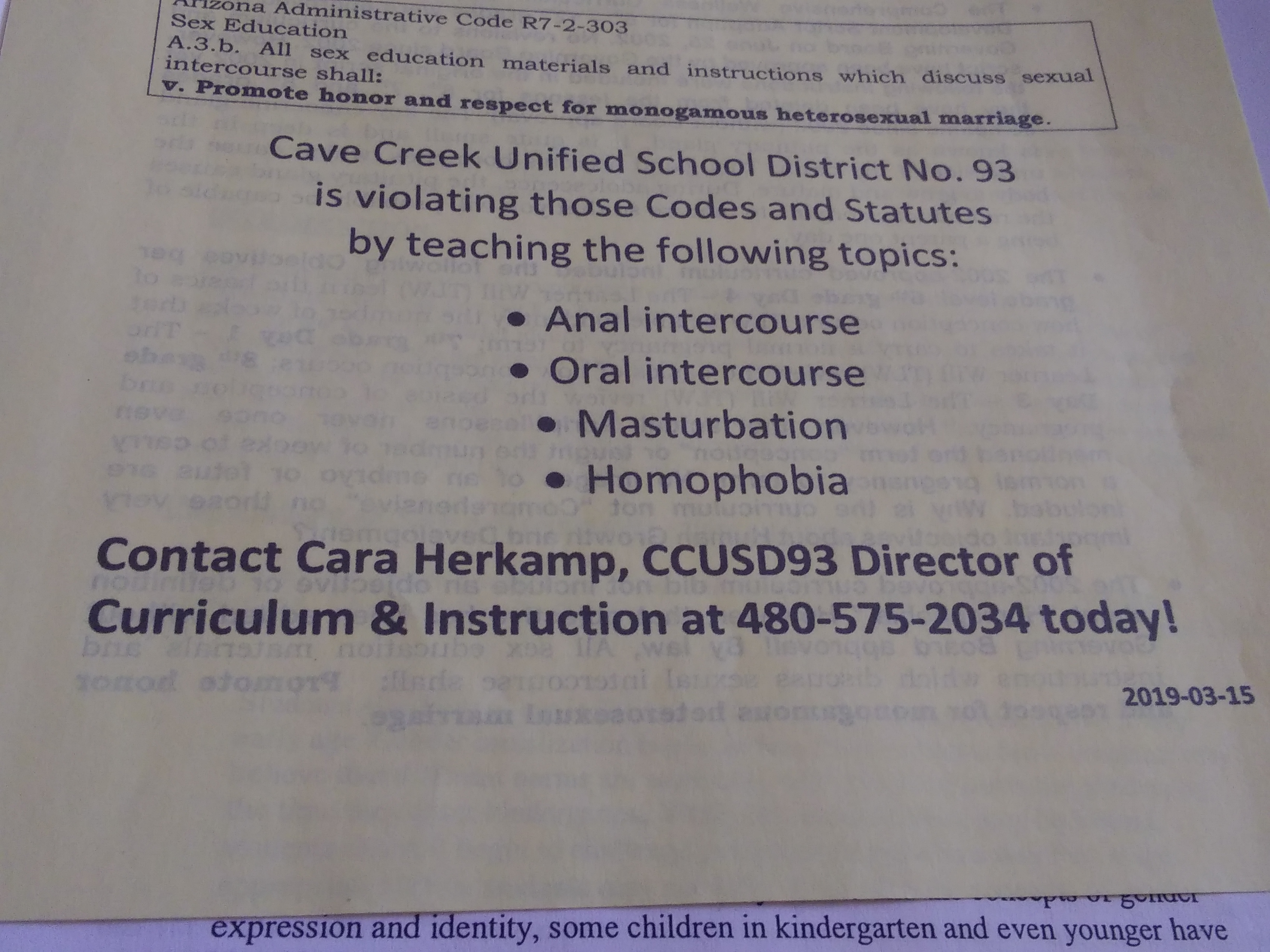 The school district has been notified their pending actions are illegal.  No matter, taking direction from Planned Parenthood and its sidekick Advocates for Youth is more important than any standing law.  Just ask Arizona’s new Superintendent of Public Instruction, Kathy Hoffman.

It’s interesting that anyone who does not believe marriage between a man and a woman is normal is painted as “homophobic” by Cave Creek schools. 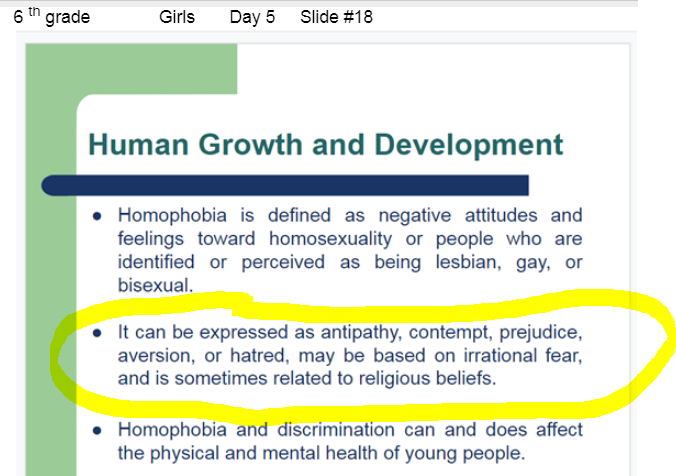 What if a student believes marriage between the same sex is normal, does the school district label them as having “heterophobia”?  Why the name-calling Cave Creek Schools?  Do you allow that in your classrooms?  And why the slap at students being raised with Christian values?  Isn’t your district inclusive?

Elementary and middle school kids are still kids.  Why these vulgar lessons? 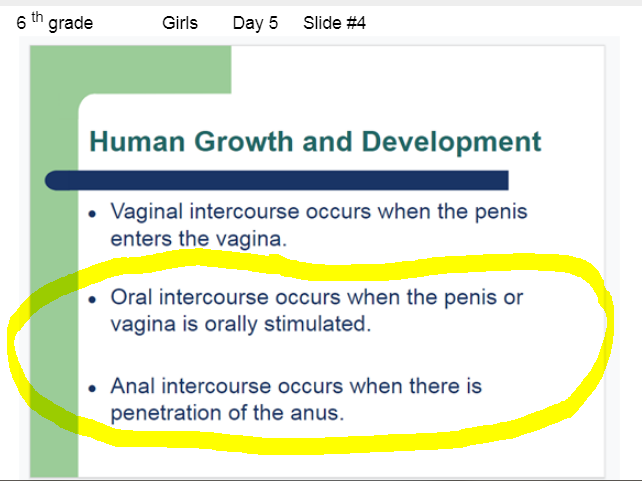 Here are the statutes Cave Creek Schools will be breaking: 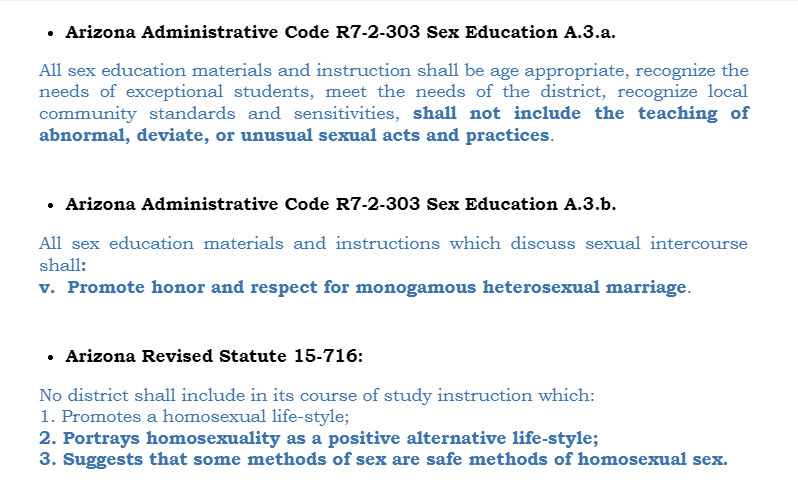 Thank you and we will update as the situation unfolds.