Security cameras are everywhere these days.  Big Brother is watching, but when children are concerned, we want every option possible to keep the kids safe.

There was a reported molestation incident by a bus driver employed by Olympia Schools in Washington earlier this month.  While the allegation is under investigation, the district has sent an email to parents about the situation and further action that will be taken.   The following is Superintendent Dick Cvitanich’s statement included in the email about camera policies on district buses moving forward: 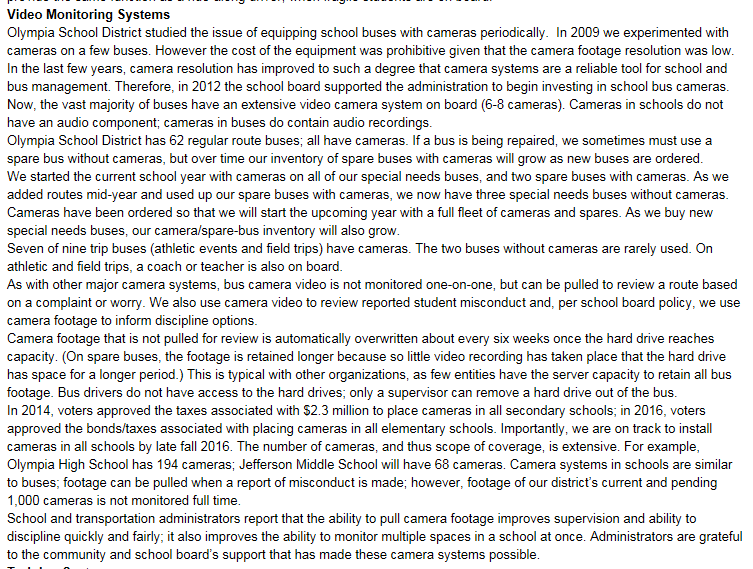 It appears the Olympia District  is doing all it can to keep the students safe while commuting on district buses.  Why then was a parent threatened with law enforcement when taping a Planned Parenthood meeting inside an Olympia elementary school earlier this month?   Do the children in Planned Parenthood’s care, within the boundaries of Olympia School District, garner less protection than when they get on the bus?

If you support Planned Parenthood, do you ever wonder why the organization wants to hide its activities from the public?