As predicted, Martin Quezada, a Planned Parenthood endorsed legislative candidate, sponsored a bill in the Arizona legislature to promote something near and dear to Planned Parenthood’s heart:  LBGTQXYZ in state-funded government schools.

Martin Quezada is pulling double-duty for Planned Parenthood by representing Arizona’s District 29 (Glendale and West Phoenix) and also as a member of the Pendergast Elementary School District in the southwest area of Phoenix.  Mr. Quezada is in the middle of his term on the school board, but he’s up for reelection to the Arizona legislature this fall.

In the 2014 campaign, he got a nice check from Planned Parenthood, consider it an early Christmas present for him that year, wrapped in a Pink bow:

Over 18% of Representative Quezada’s contributions in 2014 were from Planned Parenthood.  And another $1000 was donated from Dr. Lily Deblieux, the superintendent of Pendergast Schools where Quezada is a board member.  Don’t worry about Dr. Deblieux using her last penny to help out this Planned Parenthood candidate.  She makes a cool $150,000/year.  You know, it’s “for the children.” 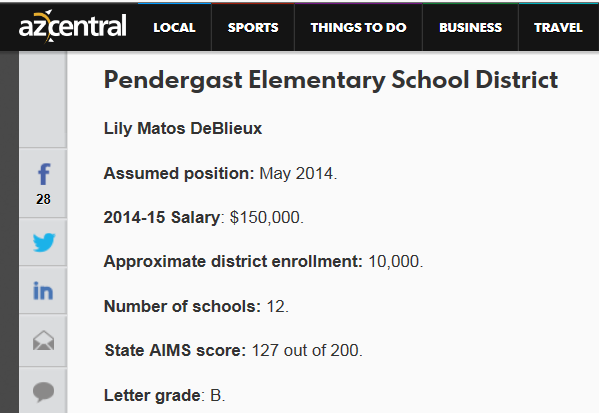 Here is a blurb from Planned Parenthood Advocates of Arizona Facebook page from a few days ago supporting Quezada for another legislative term:

Coincidentally, look what is showing up in Pendergast’s schools in just a few days.  A new sex ed curriculum!  Although the program does not refer to Planned Parenthood, there are some suspicious statements in its description which sound like Planned Parenthood’s talking points.  Nu-Culture is a program administered through Healthy Futures, geared at 6th-8th graders, stressing healthy relationships.  Where have we heard this before?

Here is a review of the Nu-Culture curriculum from a study in Massachusetts.  Note what is really going on.

What is Healthy Futures/Nu-Culture actually promoting since it is no longer an abstinence-only program?   Since sex ed is being taught, is Pendergast offering this as opt-in as required by Arizona state law?  Is this Pendergast program going to be taught within the laws on the books in the state of Arizona?  Parents on Phoenix’s west side, please visit your district office and take a look at the curriculum to see what it includes.  It is only available for review until August 15th.

Moving forward, keep an eye on Representative Quezada both on the Pendergast School Board and in the Arizona Legislature.  Or better yet, don’t vote for him.

Planned Parenthood Follows Lead of Nazi Indoctrination Through Education, Will Tucson Say NO?
Pro-Life Democrat Catherine Miranda vs. Her Stepdaughter