There was quite a flurry of activity in early 2016 at the Arizona state legislature as elected officials attempted to reward Planned Parenthood for their political financial assistance and endorsements.  It’s a wonder so much energy is spent to undo the state’s pro-life and pro-family legislation when local districts are breaking current law right before our eyes and getting away with it.

Again we look to Tempe Union High School District (TUHSD) for the wonderful example they set picking and choosing which statutes to follow and which to ignore.  It’s a bit ironic because this same district has an almost 40 page policy manual all must follow.

In the Healthy Relationships section of the Planned Parenthood’s FLASH Teachers Manual, “Real Life Couples” include Tony and Jamal: 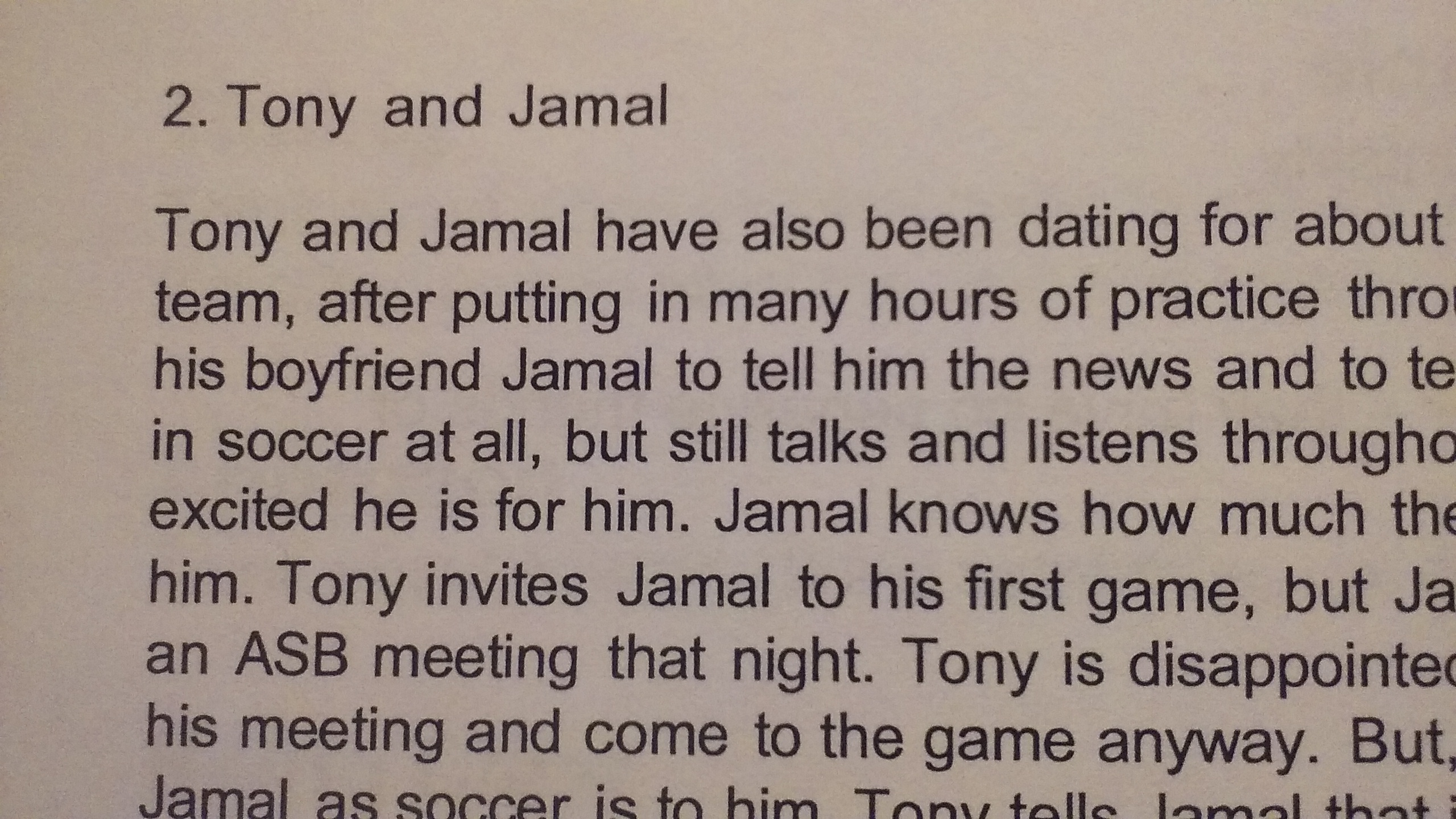 Note that the teacher is to defend this homosexual relationship if a student questions it: 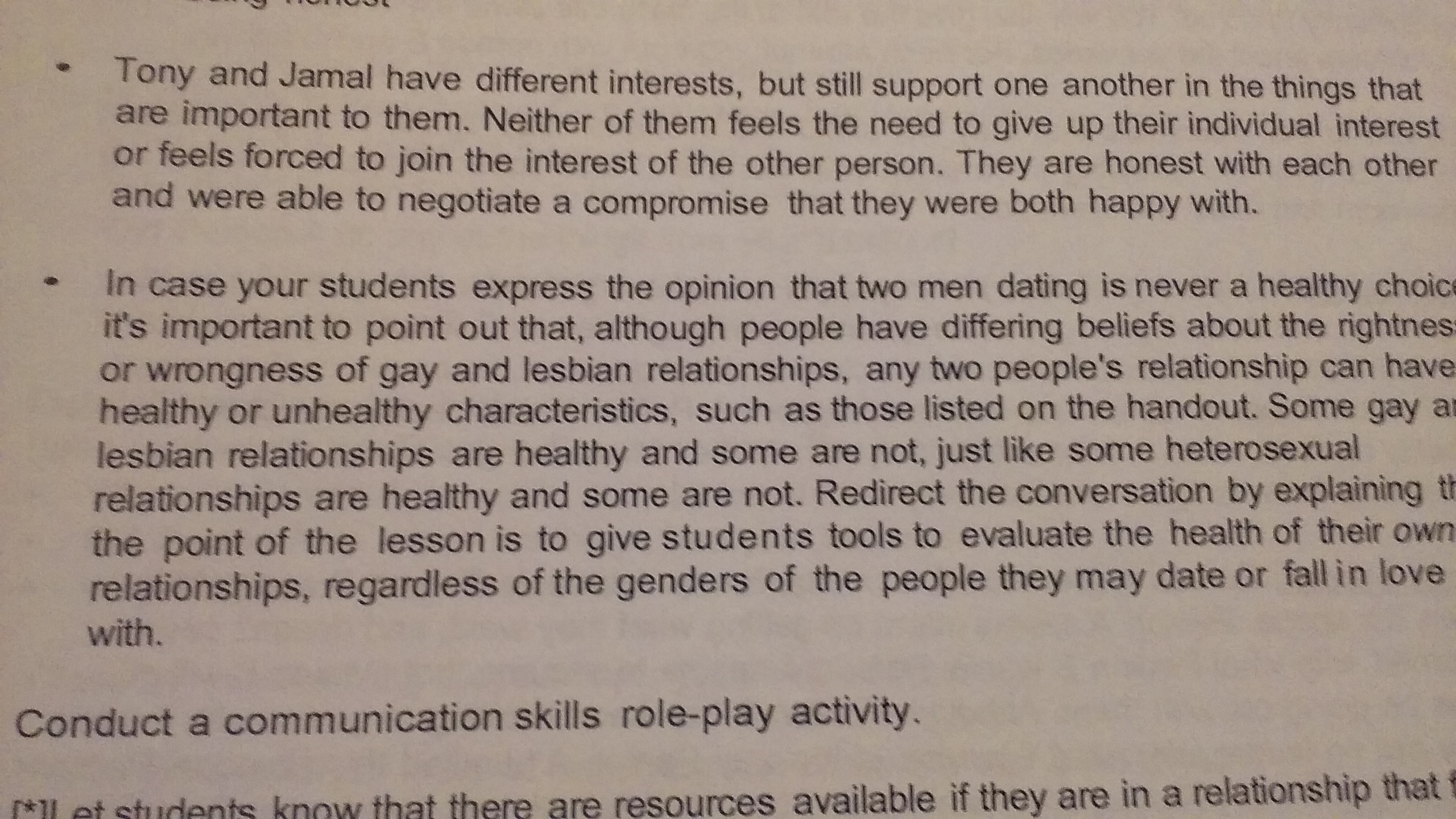 Schools are so worried about offending the LBGQTXYZ community they ignore the fact they are putting the teacher in a predicament, especially if the teacher values heterosexual relationships as the norm. (We know scientifically male/female relationships are how human bodies are designed; some also believe heterosexuality is the norm based on Biblical history.)

On page 10 of TUHSD’s policy manual there is a section about not discriminating based on many traits, one of which is religion.  Is Planned Parenthood’s attempt to sway student opinion harassment in Tempe Union’s eyes?  Evidently not. Does the TUHSD policy manual just pertain to student to student conflict?  What about the heavy hand of the administration?  Can a teacher speak up and tell administrators he or she doesn’t want to mislead the students?  Will the teacher’s job be in jeopardy?  Is a fellow student welcome to proclaim Tony and Jamal’s relationship is not scientifically or religiously natural?

Teenagers are naturally confused about many situations.  Most are receiving guidance and formation from their parents, family, and places of worship.  It is wrong for TUHSD in conjunction with Planned Parenthood to add to students’ confusion and imply their upbringing is wrong.

It is also wrong for Tempe Union to break Arizona law.

Yay! Canada Does Have a Clergyman Not Afraid to Speak Up
One Doctor in Tucson has More Influence in TUHSD than the District’s Taxpayers