It didn’t take long for Arizonans to figure out they were had after the illegal teacher strike in the Spring of 2018.  Republican Governor Doug Ducey and the Arizona Legislature gave the angry teachers what they wanted, but Red for Ed carried on by making further demands.  It was only six months until the 2018 election and all members of the Arizona Legislature were up for re-election.  It was imperative Red for Ed candidates knock off any sitting Republicans in the Arizona House and Senate, so giving Governor Ducey a big thank you wasn’t in the works.

Despite claims to the contrary, many school districts allowed their employees to organize during school hours.  Facebook groups were formed and parents and community members who felt sorry for the teachers were hooked.  Nothing else mattered to many voters.  If a candidate had the support of the Red for Ed union organizers, they received heavy support at the ballot box.  The data base which formed during the illegal strike was priceless.

Red for Ed came after Republicans hard and in some cases it worked.  Republicans barely held on to the a slim majority in the Arizona Legislature on Election Day.  Unfortunately, some of those who won seats had little experience or common sense to bring to the job, but neither are needed since they are only in office to push the radical, Socialist, and sometimes Communist agendas.

It made national news when Arizona Representative Raquel Teran, one of the new Red for Ed politicians, sponsored a bill to repeal the statute which requires a baby born alive be given medical attention.  What makes this more horrific is Ms. Teran found 16 other representatives to co-sponsor the bill.  There are 60 members in the Arizona House, so that comes to 28% of its members who support killing children who are breathing, even before the bill came before the full legislature.  Sad statistics to be sure.

One of those who supported Representative Teran’s bill was freshman legislator Jennifer Jermaine from LD18.  This district is especially sensitive to education topics so Masters Degree holder Ms. Jermaine won a seat in the Arizona Legislature “for the children.”  She didn’t tell voters how old the child has to be before she supports them, but she was glad to use kids and their parents for votes at a Tempe high school during the #RedForEd fiasco in 2018: 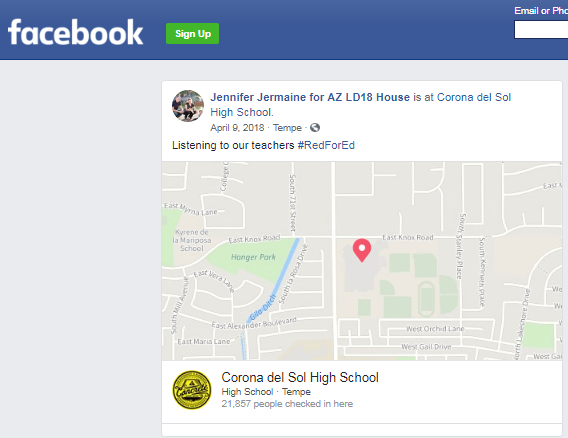 It’s no surprise Ms. Jermaine supported such a radical bill, she was endorsed by Planned Parenthood.  As word spread about this infanticide bill, public backlash quickly snowballed.  For once, pro-lifers and common sense independents felt motivated and let the 17 sponsors know, either through email, phone, or social media.  The sponsors had to manufacture an excuse why they publicly supported HB2696.  Here is Representative Jermaine’s excuse: 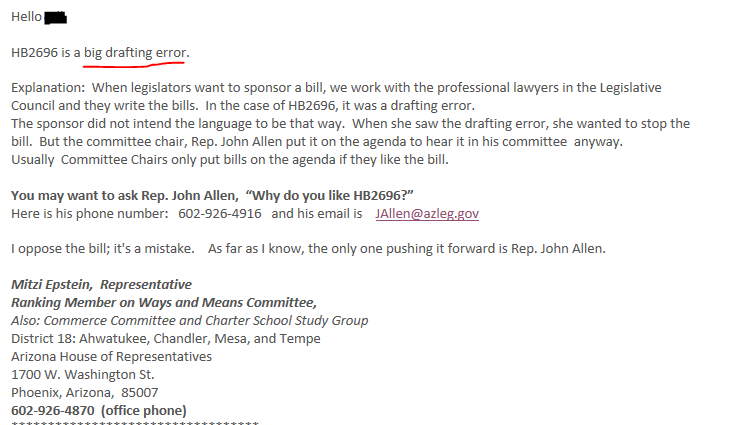 Wow, she threw the lawyers under the bus in order to disassociate with the child-killing bill.  Supporting it probably wouldn’t look good in the Charter School Study Group of which Ms. Epstein is a member.  Notice both of the Representatives blame committee chair, Representative John Allen for hearing the bill.  Why blame him?  He didn’t write the bill, he simply gave 17 Democrats the microphone that day to comment on their bill.  (Only Representative Teran had the guts to speak, the others were missing in action).

Obviously the 17 sponsors all got the same memo as to how to wiggle out of the travesty they created: 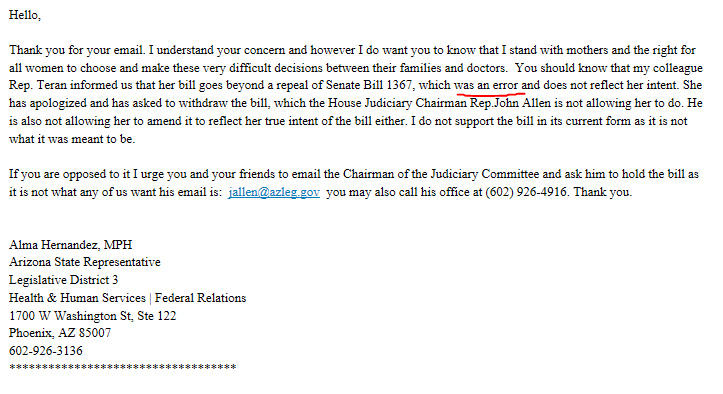 Someone tell these Representatives miscarriage has nothing to do with killing a baby after it is born.  A miscarriage means the baby died before birth, naturally, with no help from elected officials.  More word twisting: 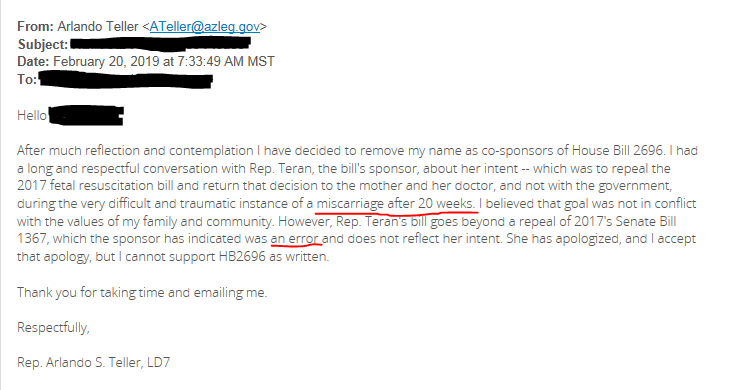 All of the above candidates were endorsed in 2018 by the Arizona teachers union, Arizona Educators United.  While those involved don’t want the public to think Red for Ed is political, the connection is easy to find; they act in unison.  Red for Ed is scrubbing the internet when it doesn’t benefit them, so this link may not be around for long.  Here is a screenshot just in case. 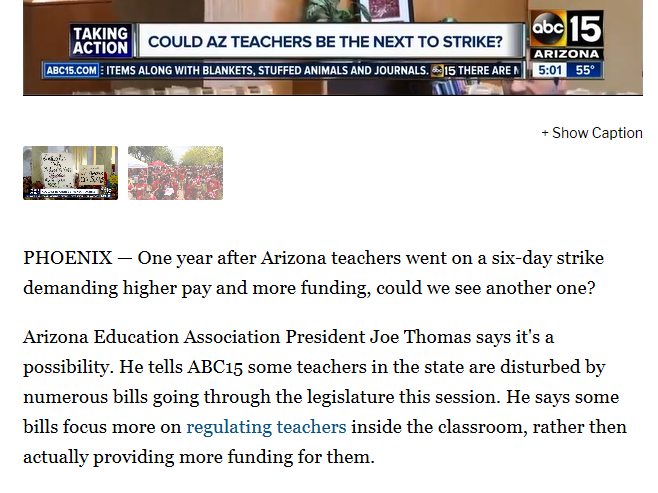 This group of 17 Arizona Representatives who sponsored HB2696 is in good company.  Just five days after their baby killing bill died in committee (pun intended), their mentor, Senator Kyrsten Sinema also voted against a Senate bill that would require attending medical staff to aid babies born alive despite an abortion.  According to NBC’s local affiliate Channel 12, Senator Sinema is also hitting the road and hiding in New Zealand so she doesn’t have to face the wrath of her constituents: 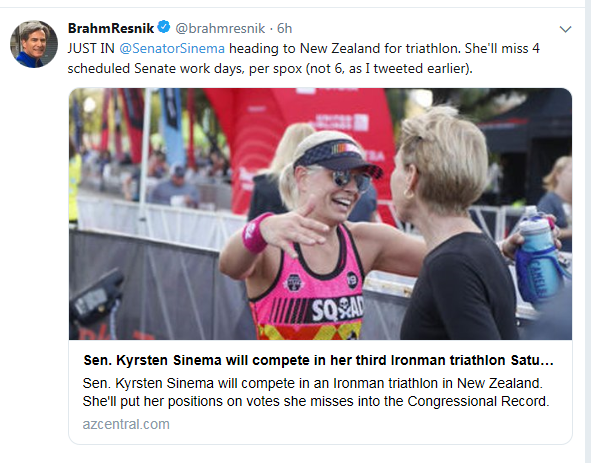 Don’t be shocked when Planned Parenthood endorses and donates money to all these candidates’ upcoming campaigns.  Red for Ed, Planned Parenthood, and Arizona Educators United is a trifecta for child-killing in Arizona.