Recently five Arizona mayors sent a letter to Washington, D.C. urging Congress to continue to fund the beleaguered Planned Parenthood organization.  Unfortunately these mayors didn’t check with their constituents, many of whom just voted in November to bring some fiscal sense back to the federal government.  They joined with 101 other mayors to sign the letter.  Presumably there will be some campaign donations from Planned Parenthood waiting for the mayors of Flagstaff, Phoenix, Tempe, Tolleson, and Tucson in their next political run.

Even the letter they wrote contained an oxymoron, but that isn’t surprising since most of what Planned Parenthood spouts is double talk. 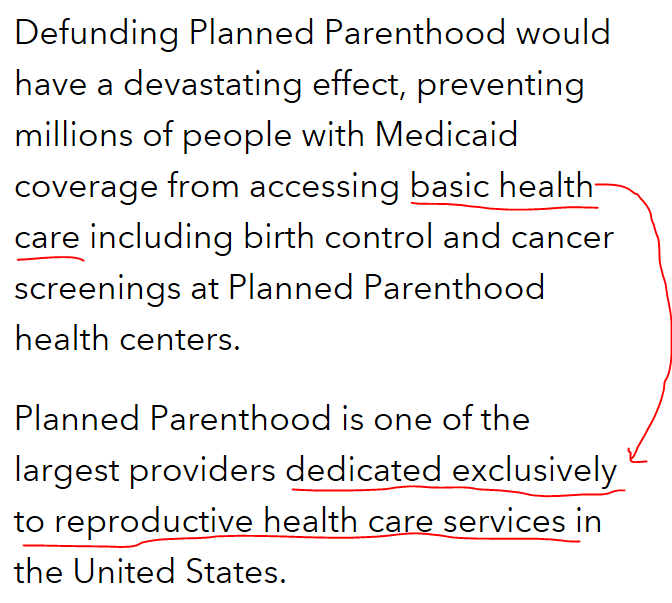 What exactly is Planned Parenthood’s reason for existence?  Maybe the Mayors themselves aren’t sure because the story changes as the political environment changes.  Anyone who hasn’t been living under a rock is aware of the most recent damaging evidence against the “non-profit.”  A recap can be seen here and here. 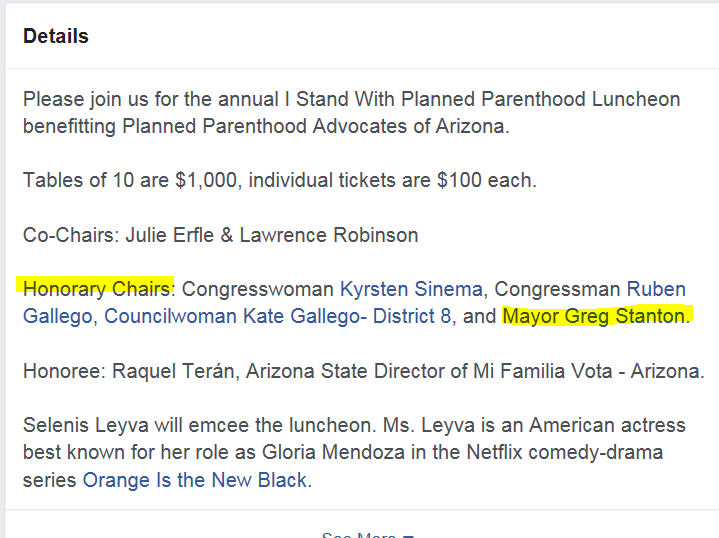 While it looks like Mayor Stanton may be pleading for Planned Parenthood’s survival out of the goodness of his heart, he really has a personal and financial stake in its future.  He #StandsWithPlannedParenthood.

Mayor Mark Mitchell of Tempe told voters at a campaign debate several years ago he was raised Catholic.  Of course, that went over well since the forum was held at a Tempe Catholic church not far from Mitchell’s childhood home.

Nowadays, Mayor Mitchell is forced to tow the Democrat party line so he is following Congresswoman and part-time pope Nancy Pelosi’s religion, and that is to support Planned Parenthood.   It helps that Mitchell received a pink donation.

Down in Tucson, Mayor Jonathan Rothschild is juggling for Planned Parenthood or something like that: 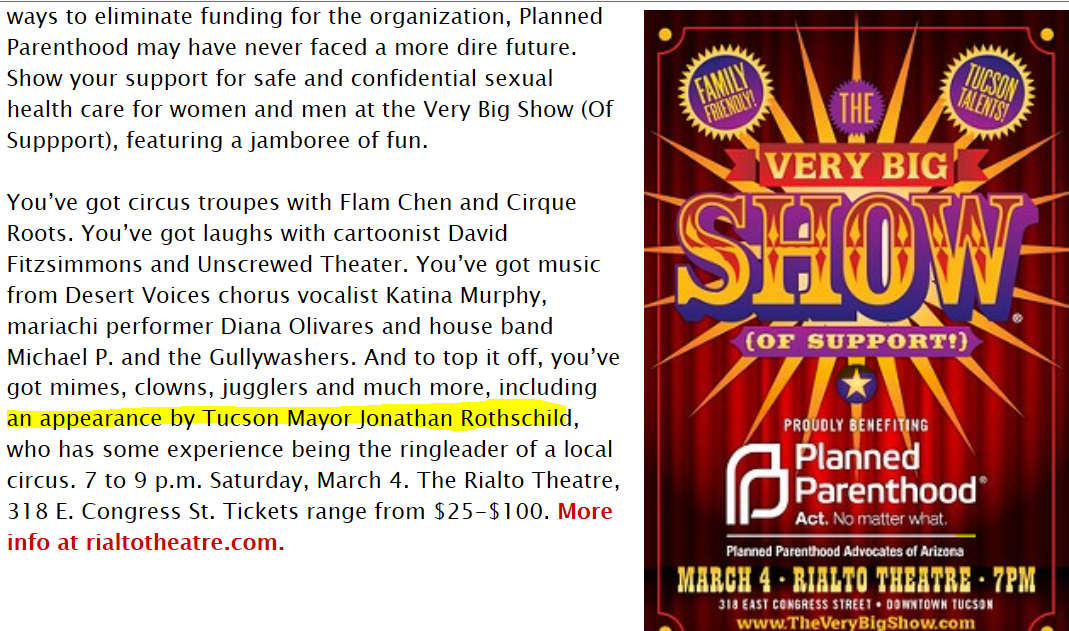 We have found over the last few years Planned Parenthood and Company likes to eat: 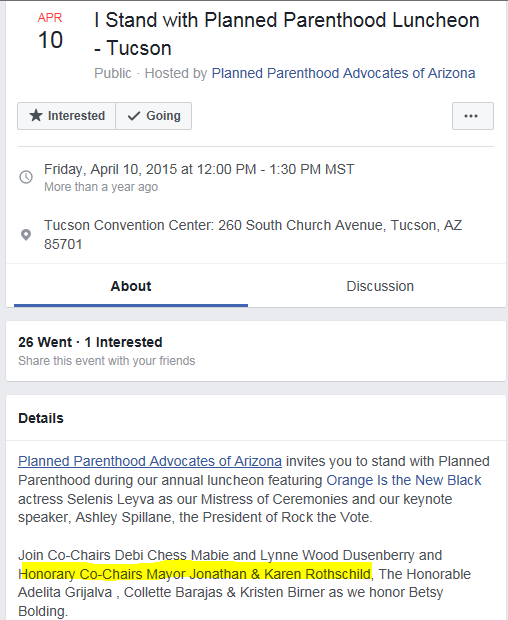 These mayors tell us they are writing the letter to urge Planned Parenthood not be defunded.  It’s odd that they need so much of our tax dollars.  Since they perform 1/3 of the nation’s abortions and there is money in abortion, the cash flow should be good.  Plus the gravy train from selling baby parts to Stem Express and others adds to the bottom line.  Of course, all this money gives Planned Parenthood more disposable income to develop the sex education network for our kids’ schools.  The wheels on the bus go ’round and ’round.

While the number of Planned Parenthood affiliates has decreased in recent years, its CEOs have not taken a cut in pay.  In fact, according to 2015 American Life League’s Stopp International research, the CEOs’ salaries have increased 4.8% as of 2013.  Except CEO Cecile Richards, her salary went up 40% from 2011-2014. 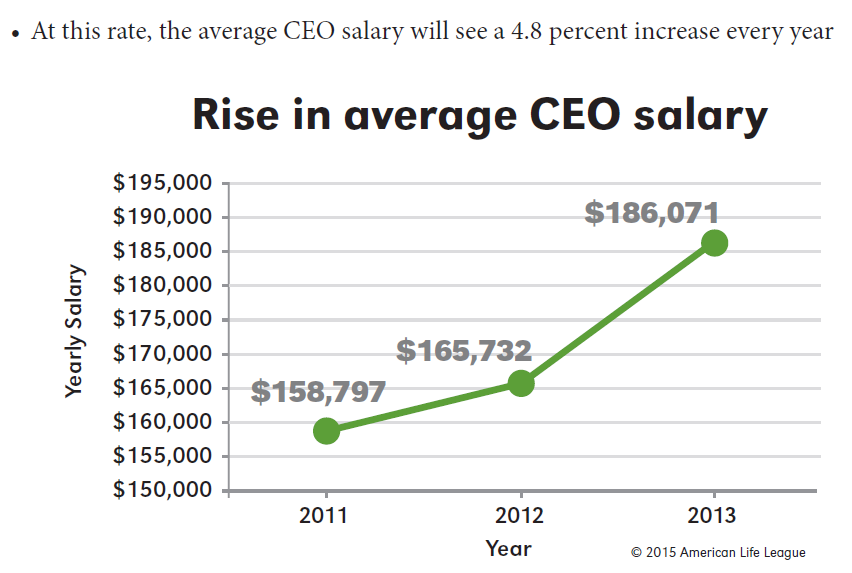