Tempe strikes again.  This is the city whose elected Councilmembers try to run it like Berkeley, California.  It is also one of the suburbs of Phoenix where there is a Planned Parenthood who does surgical abortions.  In the last year, the “clinic” relocated from the shadows of Arizona State University to a middle-class neighborhood in the center of town after one of the local pregnancy centers set up shop right across the street.  Essentially they were chased to a back corner of a hidden strip mall several miles from ASU.  To make matters worse for this abortion facility, the same local pro-life women’s center opened a secondary location right next door just six months later!  The front door of the pregnancy center has signs offering free womens’ services.  Planned Parenthood does not, even though the media tells us the organization is needed for low-income women.  So which one is helping low-income women?

Planned Parenthood is still active in many school districts in Arizona despite laws to the contrary.  However, due to recent years of bad press, selling baby body parts, young people viewing 3ds of their babies in utero, science, prayers, and increased awareness, Planned Parenthood has a lot of battles to fight to stay relevant.  It takes more and more of their resources and energy to worm into peoples’ lives.  The quickest, cheapest, and most profitable path for Planned Parenthood is to partner with impressionable youth through schools.  Any excuse to have contact with children is being used.

On April 9, 2018 at the Arizona Legislature, Senate Bill 1394 was debated before the final vote.  The crux of the bill had to do with increased reporting for abortion services.  Those who supported the bill felt if the reasons for abortion were recorded, community resources could be better directed to help the woman.  Democrats fought this bill vigorously, none of them mentioning Tempe’s Planned Parenthood declined to report a rape a few years ago allowing that rapist to go free and rape again.  SB1394 bill would have also addressed this particular situation if it had been law at that time.

It was very telling listening to the opposition to this bill.  Several pro-Planned Parenthood legislators disguised as Democrats droned on and on about the problems with SB1394.  They quickly got off-topic and mainly complained about the lack of sex ed and long-term availability of birth control for kids, and slapped around those pesky pro-life pregnancy centers.  Representative Athena Salman who represents the northern half of Tempe admitted she was in the dark about what goes on inside pregnancy centers.  Here’s a solution Representative Salman, call one of them and ask for a tour.

This relationship with Planned Parenthood might by why Representative Engel stated in an earlier session that getting an abortion is safer than removing wisdom teeth.   Perhaps she should comment on this video shot outside Tempe’s Planned Parenthood on February 1, 2018 and compare that with the number of times an ambulance is seen at an oral surgeon’s office.

If only all children got sex ed and long-term birth control.  Unintended pregnancies were talked about so negatively that the millions born of one should be ashamed.  Children were referred to by these Arizona Reprentatives in such a negative light it actually became crystal clear why our society has little respect for life of all ages. (Think of recent school shootings, when our elected officials don’t respect children, why should our kids respect each other?)

It gets better.  Representative Isela Blanc, who is not a Catholic priest nor a religious sister, decided to share with the legislative body that the Catholic Church had evolved on birth control.   Forward to the 1:35 mark to hear this heresy in the Arizona State Capitol by an elected official.

Funny thing is the Catholic Church doesn’t evolve, it remains true to its roots, Jesus Christ.  But Ms. Blanc continued.  According to her, Pope Francis has stated the decision is up to each individual and contraception, sterilization, and abortion are now acceptable.  Where did Representative Blanc come up with this false information?  Did she make it up?  Or did she receive talking points from Planned Parenthood of Arizona? Ms. Blanc even changed the word “spouse” to “individual” while quoting Pope Francis.  This is a key giveaway.  The Pope and the Catholic Church promote sex by married couples only and she knows that.  Planned Parenthood does not want school children to associate sex with marriage because they will lose much of their clientele.  It’s imperative Planned Parenthood, with its pimps Blanc, Salman, Hernandez, Friese, and several others, get between children and the values with which their parents are raising them.

Here’s a cute one for teenagers; it will make them wonder why they should follow their parents’ “old-fashioned” direction. 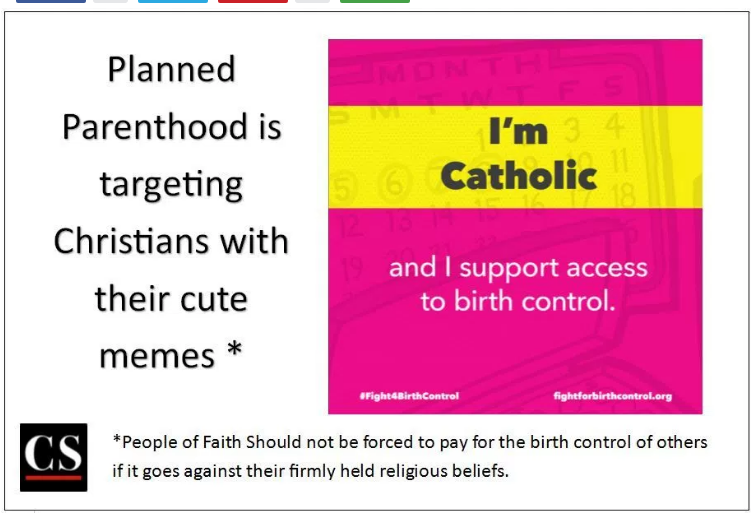